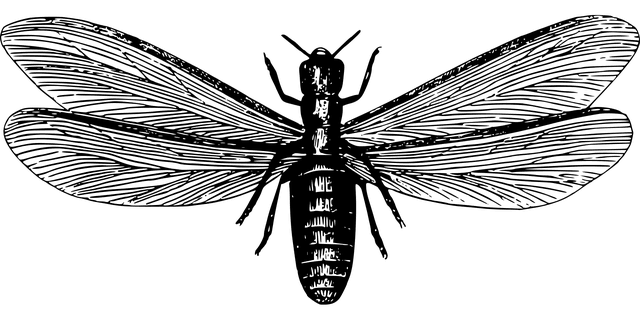 Image by OpenClipart-Vectors from Pixabay

Pests can be a real nuisance, and if you’re not careful, they can cause some serious damage. In this article, we’ll look at two types of pests: termites and ants with wings. We’ll discuss the signs that you have a pest problem, and we’ll provide tips on how to get rid of them. So, whether you’re dealing with termites or ants with wings, we’ve got you covered.

Termites are a type of wood-eating insect. They are classified as Isoptera, which means they have a pair of jointed wings and chewing mouthparts. Termites live in large caste colonies, which means that different types of jobs exist within the group, such as workers and the queen who rules them. These colonies can be as large as several million individuals, depending on the species (of which there are over 2,000 worldwide and 40 in the United States). They are particularly troubling because you may not realize you have an infestation until significant damage has been done. However, they aren’t easy to deal with. If you think you may have termites, it’s best to call pest control in Boise, Meridian, Nampa, or any other Idaho city. These professionals will have the necessary knowledge and tools to address the problem.

What are Ants With Wings?

Ants with wings, or reproductive ants, are just a small portion of the ant population. These ants are different from regular worker ants because they have two pairs of wings and can fly. They are only present for a few weeks each year, and they can be identified by their large size and reddish color. They also form caste colonies, each led by a queen. There are also worker ants, and the ones you see flying around with wings are the reproductive individuals. Workers are non-reproductive females who look after the queen and her children and find food for the colony. Reproductive male and female flying ants, like termites, leave the colony to mate and establish new colonies. At the same time of year as termites swarm, ants with wings will also be seen flying around.

How to Know the Difference?

Termites and flying ants do resemble each other! However, some key distinctions will help you decide which type of pest control to hire for your home. First of all, their size is a good indicator. Termites are much larger than flying ants, and they also have a uniform brown color. On the other hand, Flying ants can come in many different colors, including red, black, and yellow. Another distinguishing feature is their wings. As we mentioned earlier, termites have two pairs of wings that are the same size, while flying ants have larger front wings. Finally, the shape of their heads is different. Termites have a blunt head, while flying ants have a distinct neck and head.

Featured Image by OpenClipart-Vectors from Pixabay

3 Ways to Spend Less and Give More This Holiday Season

Clever ideas to decorate your home with wallpaper