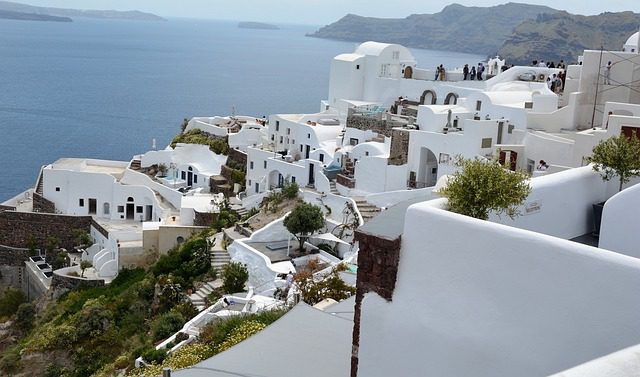 Image by danimeili from Pixabay

Are you thinking about taking a much-needed getaway to somewhere far, far away from the hustle and bustle of your everyday life? Look no further than one of the most ancient places in the world- Athens, Greece. Over 3,000 years old, Athens offers a plethora of activities, historical sites, and beautiful views- a tourist hotspot, especially in the prime season of April to October. Not to mention, multiple seaports allow for quick and easy access to the Greek Islands- including the infamous island of Santorini. However, to reach Santorini from Athens, there are a few things you will need to know. Keep reading for a list of activities, places, and modes of travel in and around Athens to make your trip the absolute best experience for you and your loved ones.

Officially dubbed the capital of Greece in 1834, Athens is named after the Greek Goddess of Wisdom, Athena. Throughout Athens, you will notice numerous direct and indirect odes to her as the city’s protector. In fact, the temple of the Parthenon on the Acropolis was built as a dedication to her. The Acropolis, otherwise known as The Sacred Rock, is considered the unofficial symbol of Athens and one of the oldest monuments in Europe, creating it a tourist hotspot. With tickets starting at € 20.00 per person for direct access to the Acropolis and the Acropolis Museum. You will be sure to feel as if you were transported back to the ancient days of Greece.

Traveling around Athens is incredibly easy, as everything you need is within walking distance- shops, markets, restaurants, and historical sites all fit neatly into the city. Athens is also home to an International Airport, providing many options for travelers flying in or out. There are also three seaports close by the ports of Piraeus, Rafina, and Lavrion, all of which provide ferry rides to the notorious Greek Islands. The port of Piraeus is the largest port in both Greece and Europe and the third-largest in the world in regards to how many passengers are transported. Each year, approximately 20 million passengers travel through this port, admiring the incredible views of the ocean and Athens’s rich history.

All about the Greek Islands:

A ferry or short plane ride away from Athens, a cluster of islands sit in the middle of the deep blue Aegean sea. As a result of many volcanic eruptions created by the Volcano of Santorini- five separate islands emerged: Therasia, Aspronisi, Palaia Kameni, Nea Kameni, and Santorini. Each island can be easily accessed via ferry or boat since they are only a short distance away from each other. Lovingly referred to as the number one summer destination worldwide, the island of Santorini is one of the largest tourist hotspots in the area. To reach Santorini from Athens, you will need to catch one of the many ferry rides through the port of Piraeus.

A ferry ride from Athens to Santorini is about eight hours. Or there is the high-speed ferry ride option that is slightly quicker- only approximately five hours to the island. Either way, both ferries have numerous televisions, restaurants, bars, and cafes to meander about while taking in the gorgeous view of the Aegean Sea. If a ferry ride isn’t your style, another option is a plane ride. A plane ride to Santorini will be quicker (about a 40-minute flight) and more direct, though it will be more expensive. The nearby airport, Athens International Airport (otherwise known in Greek as “Eleftherios Venizelos”), offers many daily, direct flights so you can be sure to find something that works for you and your family.

Overall, Greece is a place of breathtaking beauty, historical significance, and many tourist hotspots that will wow you and your loved ones. So take the plunge- spoil yourself with a luxurious trip to Greece!

Featured Image by danimeili from Pixabay

5 Compelling Reasons to Relocate to the Philippines

6 Tips to Deal with Your Travel Anxiety