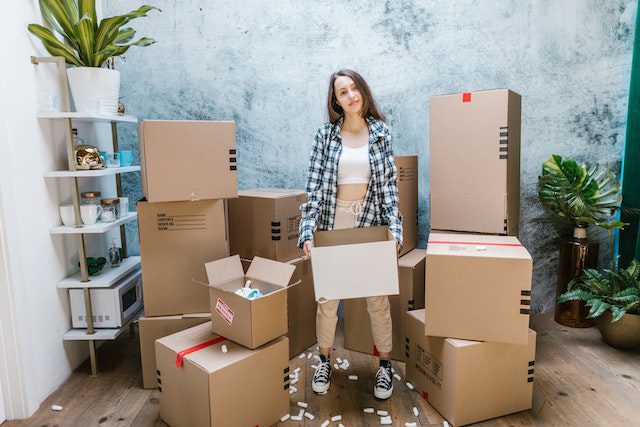 The following post is from Katie of Kitchen Stewardship:

Coffee and doughnuts after church, anyone?

Unfortunately, since most churches probably use Styrofoam cups for their weekly fellowship, they help contribute to the 25 billion Styrofoam cups trashed every year in America alone.

Styrofoam is technically plastic number 6, polystyrene. It can be accepted for recycling, but most municipalities specifically state on their recycling lists that they do not accept Styrofoam (and many don’t recycle any sort of no. 6 anyway). Currently, only about 10-12% of polystyrene created is recycled. Abysmal, if you ask me.

Although no. 6 plastic is never on the “safe plastics” lists that I’ve seen, polystyrene does NOT contain BPA. Some sources say it’s perfectly safe for food, but it does leach styrene, which the CDC rates as “reasonably anticipated to be a human carcinogen.” Heat is one of the factors that exacerbate chemicals leaching out of the material and into the food, so the fact that Styrofoam is the disposable of choice for hot beverages and soups is a huge factor.

Polystyrene is manufactured from petroleum, an obvious non-renewable resource, and a carcinogen called benzene is used in production.

With all these strikes against it, I almost don’t care whether plastic recycling for number 6 is available or sustainable – it stands to reason that toxins are released in its creation, likely in the recycling process, and definitely in the usage and disposal of Styrofoam containers.

The best strategy against Styrofoam is a good defense: Don’t let it in.

Like a good hockey goalie, we want to be prepared and ready when Styrofoam comes knocking – don’t let it get past you by employing the following stewardship strategies:

1. Bring your own takeout containers.

Nothing irks me more than being handed a massive Styrofoam takeout container for half a hamburger that my child couldn’t finish. I don’t let it happen and always keep large yogurt tubs in the vehicle. I get strange looks from servers when I say, “I brought my own,” but I’m setting a bold example for my kids that I’m proud of.

Try to plan ahead when you know you’ll be offered Styrofoam – bring your own water bottle or coffee mug to meetings, church groups, or coffee and donuts after church; ask for real cups for kids in restaurants, especially if you know they’ll serve Styrofoam; and if you are offered a hot beverage in Styrofoam and haven’t brought your own, see if you can opt for a cold beverage instead.

3. Choose paper plates or bowls instead of Styrofoam.

Always serve party guests with paper (or plastic if you must) disposables when you can’t use the real thing. If you’re at a party and it’s not your choice, try to use fewer if possible – double up with your kids or use your dinner plate for dessert too.

Choose cardboard or plastic egg cartons when purchasing from a store, and try to reuse them at a farm whenever possible, no matter what kind of carton you get.

5. Convince your grocery store to cut out the Styrofoam trays for produce and meat.

I have written letters to produce department managers in the past about the reduced produce racks in particular. The meat counter (where I don’t shop anymore since I buy straight from the farmer) is another place famous for Styrofoam trays; see if you can shop in bulk or direct from the farm to avoid them, or just order from a real person at the meat counter and ask for your meat to be wrapped in freezer paper. Whole Foods details its search for non-Styrofoam trays, which cost twice as much as their polystyrene counterparts.

6. Work with your school system to find alternatives for Styrofoam lunch trays.

There aren’t any studies evaluating the effects of styrene on children. Although it isn’t likely that styrene causes a toxic buildup, it’s still a potential carcinogen on which many kids’ eat lunch daily.

In my childhood, we had reusable melamine trays. There are actually biodegradable and compostable alternatives, which unfortunately do not compost if put in a landfill and cost more than twice as much as Styrofoam. Some districts are taking action with small steps like Trayless Tuesdays and No Foam Fridays, which range from offering cold lunches in brown bags to using paperboard trays once a week to using various packaged foods with no tray at all. There’s a big urban school effort to get Styrofoam out of Schools that is picking up speed, too.

Of course, you can make a personal effort simply by packing your own “no-waste lunch.”

Some eco-conscious companies will list their packaging materials on their website so you know you are avoiding Styrofoam from the outset, which is great. Write to businesses you order from regularly and ask them to use paper or another eco-friendly packaging if you feel strongly about it.

If you do get some Styrofoam peanuts arriving in your home, try to find somewhere in your area that will reuse the peanuts if you don’t ship as many packages as you receive. Some post offices have receptacles for them, and potentially UPS stores, eBay storefronts, and even small businesses that ship to non-local customers are other options. Check HERE for more info.

Ever bought a bag of Styrofoam balls to refill a bean bag that’s lost its “cush”? I have, many times, and I can’t believe I never thought to just use packing peanuts or crush Styrofoam block packing material into homemade fillers.

9. Recycle: Some forms of polystyrene can actually be recycled.

You can find about 40 drop-off centers HERE for personal use or search Earth911 for other possible locations near you, or if you’re in Oregon, learn more here. If you happen to be associated with a big company that uses a lot of foam packaging, you might be able to start a recycling program following the tips HERE. EnStyro seems to have some good ideas on how to recycle (reuse, really) Styrofoam into concrete, insulation, and more. Sustainable? Maybe. Interesting? Definitely.

If you realize that you simply cannot find a place to recycle some Styrofoam that you couldn’t avoid, at the very least, reduce its size for the landfill: smash it down and you may save up to 80% of the space your junk would have taken.

For schools and other places that might use a lot of Styrofoam on food that just can’t be recycled, here’s a super compactor that makes 1200 trays into a 4”x7”x30” plastic block for disposal.

How often do you run into Styrofoam? How do you avoid it?

The Top Reasons You Should Install A Bidet in Your Bathroom