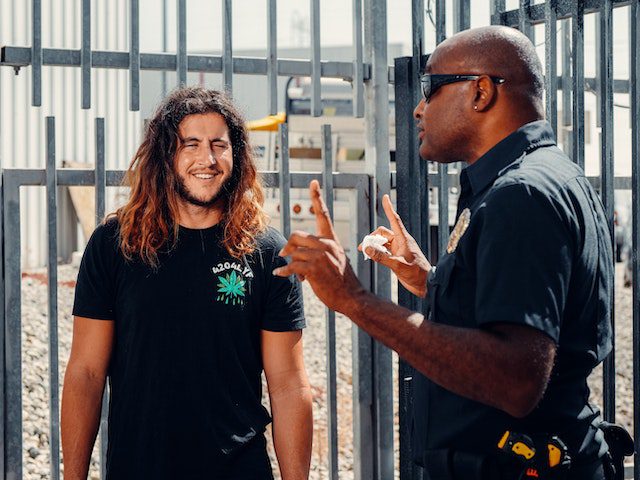 If you stop to think about potential nightmare scenarios, being falsely accused of a crime might be high on the list. Is anything more terrifying than being charged with a crime, riding in the back of a police cruiser, being interrogated at the station, and possibly facing time behind bars?

It’ll be even harder to take if you know you’re innocent of any and all charges. While it might seem natural to answer questions posed by police, don’t be so hasty. You ought to retain a lawyer before you even think of answering any questions posed by the police.

“If the police ever question you about a criminal offense, exercise your right to remain silent and obtain legal counsel,” says Rowdy G. Williams, who heads a law firm by the same name. “You have nothing to gain and everything to lose by speaking to the police before getting the advice of an attorney. There’s no such thing as brownie points for talking to the police prior to that.”

Consider these five reasons you should retain legal counsel before talking to the authorities.

1. You’re Not Certain Whether You’re Regarded as the Suspect in an Investigation

One reason you should hire a criminal law attorney before speaking to the police is that you won’t know at the onset if you’re the target of an investigation or someone who might have relevant information. You should have a legal professional in your corner so you don’t say something that might be misconstrued or misunderstood.

2. What You Say Could Lead to Your Arrest — Even if You’re Innocent

Another reason to avoid speaking to the authorities before consulting with a lawyer is that what you say could result in you being handcuffed and taken to a police station for more questioning.

If the police visit your home or place of employment, they need probable cause to justify making an arrest. So, if you answer questions, you might say something that gives the police enough grounds to arrest you and take you to the police station for interrogation.

3. The Police Are Allowed Bend the Truth or Outright Lie During an Investigation

Yet another reason to seek a lawyer before talking to the police is that the police can bend the truth or even lie to get to the bottom of things. For instance, they could approach you and act as though they’re investigating another person when they are, in fact, investigating you.

By misleading you, they may get more information than they otherwise would. Anything you say can and will be used against you in a court of law — you’ve likely heard that phrase before. You have the right to remain silent. Know your rights to avoid digging yourself into a hole.

4. You Don’t Know What You’re Up Against

Hiring a lawyer before talking to the police means you’ll know what you’re up against. In cases where cooperating might result in dropped charges against you, you need to know if what you know will be valuable enough to qualify for a deal. A criminal law attorney will have the knowledge and experience to advise you. If you can offer helpful information about an incident, your lawyer can protect your interests through non-prosecution, proffer, and cooperation pacts.

5. The Police Don’t Have to Inform You if You’re Under Investigation

Another reason it makes sense to hire a lawyer before talking to the authorities is that the police don’t have to let you know you’re being investigated for a crime. Consider those federal indictments usually come after investigations lasting months or years. So, if you’re answering questions without a lawyer’s counsel, you could create major problems for yourself.

These are just some of the reasons you should retain the services of a criminal law attorney before speaking with the police. Getting the right legal counsel will give you the best chance of a favorable outcome.

Best Neighborhoods to Move to In Seattle!!!

How to Stay Safe While Using Dating Websites