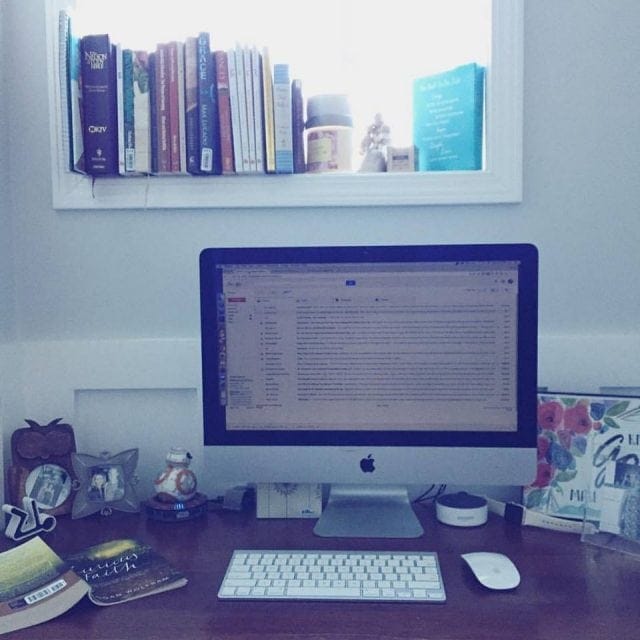 I don’t care what anyone says, life as a work-at-homeschooling mom isn’t easy, no matter how good at it you are. It takes, well, work to juggle work (whether it’s a full-time job or a business of your own) plus homeschooling, and they’re just aren’t a ton of extra hours in the day when you’re doing both.  But there are things that make it easier. For me, these change depending on the season (of the year and of my life), but right now these are the ones saving my sanity:

My personal care routine varies widely. Sometimes I shower in the mornings, sometimes in the evening; I’ve even had seasons where I showered at midday every day. In some seasons (hello, summer!), I wear a tank top and jogging shorts; in others, I prefer to “dress up” to feel more put together.

Right now, evening showers are a cornerstone of my routine. I especially love to turn on an audiobook while I shower, blocking out the chaos in the rest of the house while I relax in the steamy water and make progress on my reading list at the same time. It also allows me to wake up in the morning and get ready in 15-20 minutes, even on the days when I do my makeup, which I’ve been doing more often this winter. 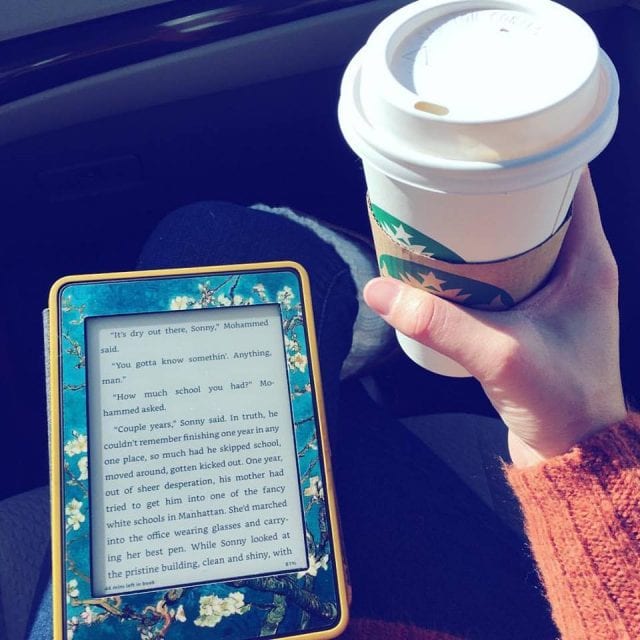 I get the appeal of “real” books, and I really do understand wanting to hold books made of paper in your hand. As a teenager, I was a voracious reader, but it became harder to juggle reading once I became a mother, with babies and toddlers in my arms during the day (who am I kidding…and at night) and much of my available reading time is after dark.

In the years since I got my first Kindle, it has become a permanent and well-loved companion. I have an older Paperwhite (with a skin decal to pretty it up), and I love that I can read one-handed, that I can read in the dark with an adjustable light that mimics a book light more than a computer screen, that I rarely lose my page to curious toddlers, and that I can switch between multiple books easily. I am confident that my reading goals would be much smaller without it by my side. 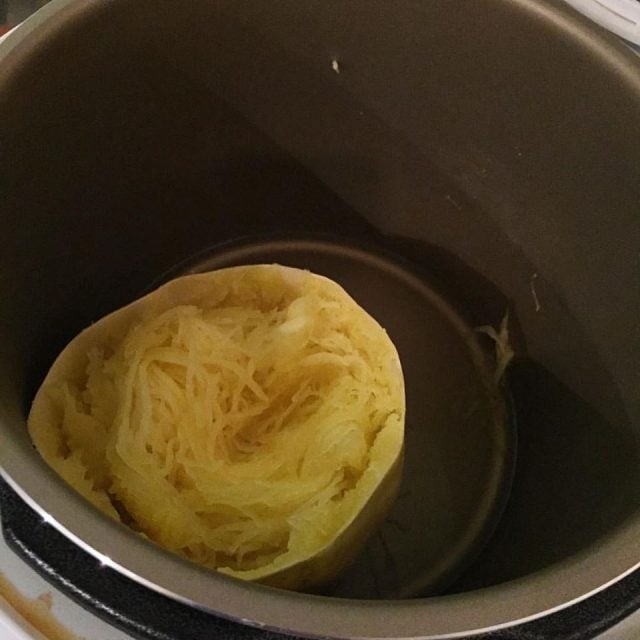 Several months ago I finally gave in and purchased an Elite pressure cooker. I wanted an Instant Pot since that brand has become the face of this trend, but I felt like our crew would need an 8-quart and the bigger Instant Pot was just way too expensive to justify.

When my pot arrived, we quickly unpacked it…and then it sat on my counter for a good three months untouched! I was just plain scared of the thing, not so much of it blowing up on me as ruining good food in the process of learning how to use it.

That all changed a couple of weeks ago, and I have used it almost every single day since. Roasted chicken and homemade stock in under two hours from start to clean up, oatmeal in 3 minutes, sweet potatoes in 25 minutes, spaghetti squash in 7…when I’m limited on time, it delivers! Now that I’ve gotten to know it a little bit, I’m excited to learn how to do even more. 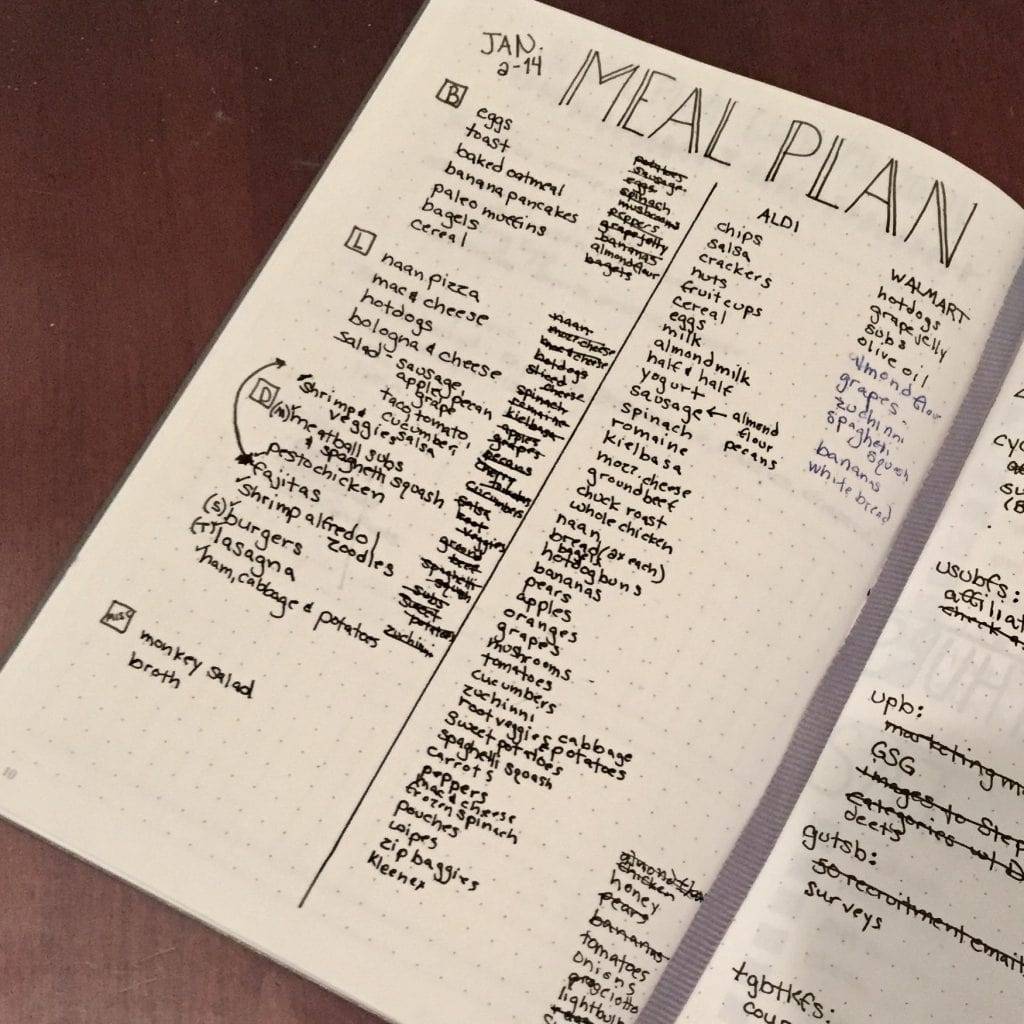 Because we live so far from town, grocery shopping has always been a big to do on Sundays after church. I discovered Aldi a couple of years ago, and last fall I got serious about making it my main grocery stop each week. We started going after our homeschool group on Friday afternoons, but grocery shopping for 8 people on a weekly basis is exhausting no matter which day of the week you go.

I decided to try biweekly meal planning and shopping instead, and it has been a lifesaver. It turns out that it doesn’t take that much work to shop for twice as much, and less visits to the store saves us money as well! Although I do often need more produce or a forgotten item on the off week, that ends up being a 15-minute stop rather than a big shopping trip. We’ve gotten pretty good at the whole routine with practice, and now I can’t imagine doing it any other way. 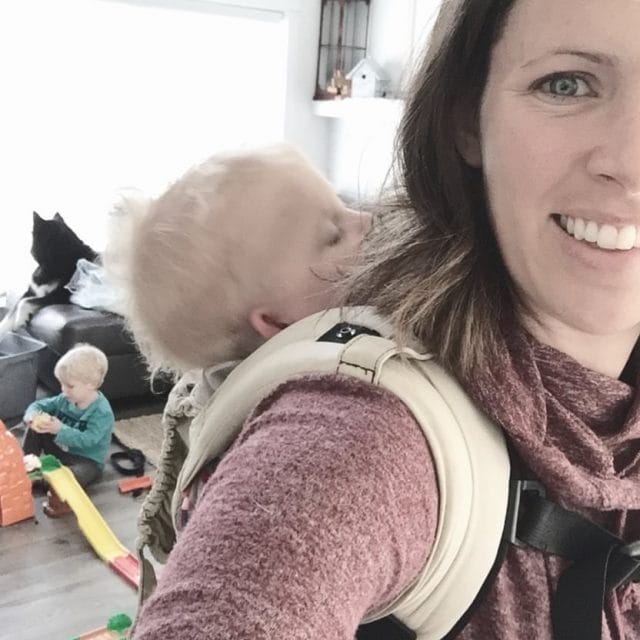 For the first year of his life, Lucas would only sleep in someone’s arms, and toward the end of that year, that someone was me and only me. But he wasn’t a snuggler like Jackson was as a baby, and I found myself held hostage in a very specific position (with him half perched on my shoulder), barely able to move a muscle without waking him up. Needless to say, it was exhausting and unproductive.

He daytime weaned while we were in Disney without much prompting from me at all (hallelujah!), and he also discovered a new favorite nap spot as we toured the parks: on my back in the Boba. It’s not the most convenient way to do nap, but it does allow me to get stuff done now that we’re home, whether it’s making a meal, folding a load of laundry, working with my laptop on the breakfast bar, or doing a project with Jackson or the girls. I’ve also come to really love the feeling of him back there sound asleep, and I especially love that moment when he drops off into a deep sleep and suddenly melts on my back! 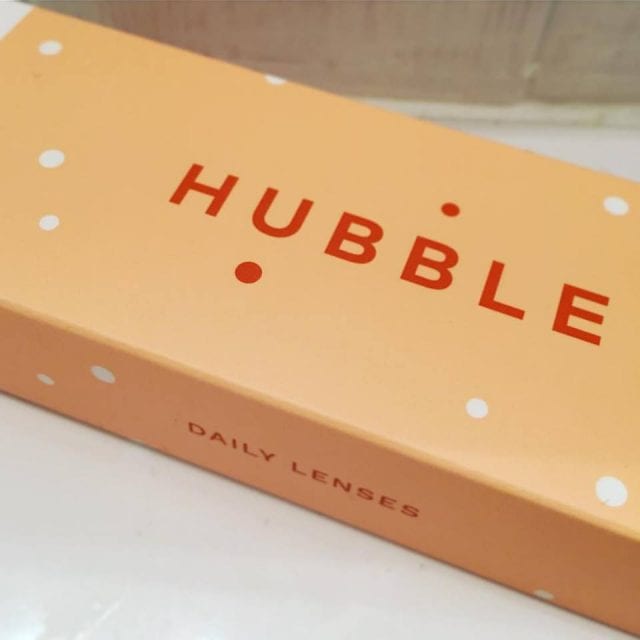 I also saw an ad for a two-week trial of daily contact lenses from Hubble Contacts on Facebook while we were in Disney, and I placed my order right away, trying not to get my hopes up too much. I’ve been dying to switch to daily lenses so I can just throw them away each night, but they’re normally so expensive that I just couldn’t justify it.

Unlike the brand name daily contacts, these contacts are only $30/month (or $22/month if you order for the full year) because you buy straight from the manufacturer, and I love them even more than I dared to hope!

(The only problem is now I have to make myself use up my monthlies!) 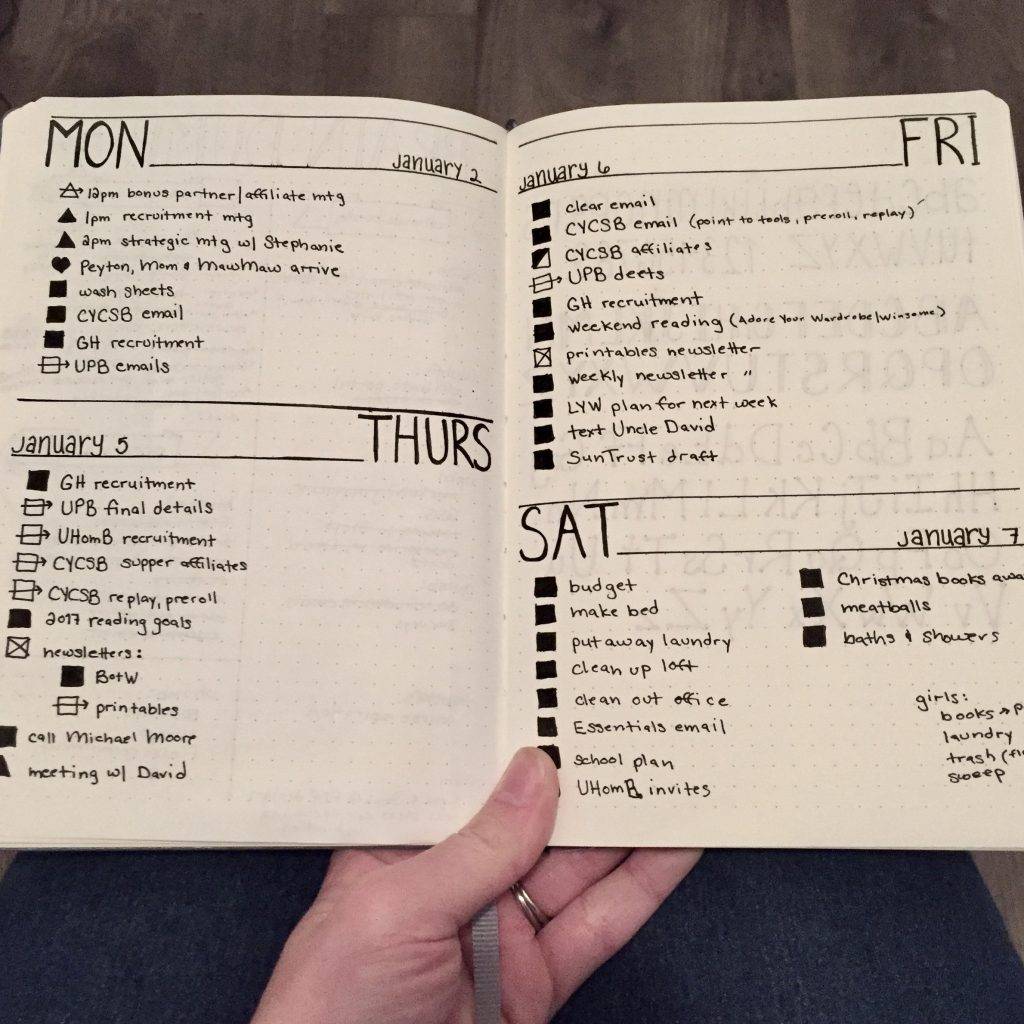 In 2015 I discovered the Planner Pad, and it was such a good fit with its carefully designed layout, large pages, and unique features. Unfortunately, the size and format because unwieldy with a needy baby in the house, and I stopped using a planner altogether for almost a year, jotting down to-do lists on my computer, phone, or scrap paper as needed instead.

Last fall I decided to finally give bullet journaling a try, and I fell in love from the start. The beauty of this system is how easily customizable it is. Try one format one day, another the next. Decorate the page when you have time, scratch out a list of to-dos when you don’t.

My bullet journal has become my living brain, the place where I record to-do lists and calendar reminders, quotes and Bible verses, prayers and meal plans. I started a fresh journal for 2017, and I’m still having just as much fun as I did in the beginning.

Reduce Your Utility Bills Year-Round by Following These 7 Tips

How Mommies Can Make Money by Crafty Merchandising