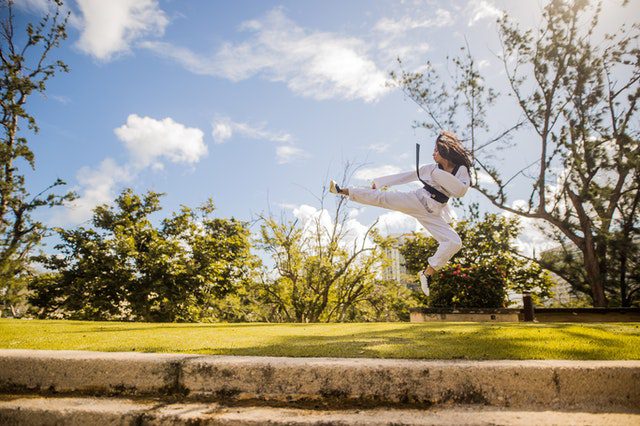 Photo by Caleb Oquendo from Pexels

If we name one sport that emerged as a stand-out over the last two decades, we can’t look past Mixed Martial Arts (MMA). Sports channels, and ESPN+ in particular, have made MMA a global phenomenon. Ultimate Fighting Championship (UFC) is the biggest platform that has taken these fights to the ultimate level. With 550 million MMA fans in 2021, the viewership grows with each UFC Fight Night.

Now, we’re seeing a new generation showing interest in becoming the next big MMA star. If you are one of these motivated youngsters, read on for a complete beginners’ guide to MMA!

Martial Arts have a legacy of thousands of years going back to ancient civilizations such as the Greeks, Romans, and Chinese. In ancient times, sporting events were organized to display extreme fighting skills, which most participants eventually used on the battlefield.

The recent martial arts history involves some exceptional names, such as Bruce Lee. He was the first to introduce the mix of Kung Fu and boxing he called Jeet Kune Do to the world. Another name that cannot be overlooked is MMA legend Gene LeBell, whose students include Ronda Rousey, Chuck Norris, and Bruce Lee himself. With over ten books credited to his name, LeBell, aka The Godfather of Grappling, is admired worldwide. He has also acted in and served as a consultant on a range of TV shows and movies. MMA is still evolving, with fighters introducing new techniques to overcome their rivals.

Getting into Mixed Martial Arts (MMA)

If you want to get started, there is a variety of martial arts to choose from. Selecting the right discipline depends on your natural capabilities and skills.

There are three major areas that MMA is based on:

Like all other professional sports, MMA training begins with the mastery of basic skills. However, the basics alone do not lead you to professional MMA fights. The preliminary training aims at building stamina and resilience to achieve fitness. Competitive MMA training is much more intense since it aims to build the extreme mental and physical resilience required in freestyle fights.

There are three major stages of MMA training. You have to prove your skills and stamina to level up in each.

Martial Arts requires a high level of endurance. If you want to become a professional fighter, you’ll need to build sufficient physical and mental endurance to survive and dominate in the octagon. The five minutes inside the octagon will test you completely, both physically and mentally. This training will teach you the art of enduring punishment and preserving stamina for quick and surprising strikes.

As soon as a fighter falls, their opponent will try to take full advantage of this. There is little you can do if you find yourself in this situation. That’s why grappling is extremely important for any MMA fighter. A strong grappling game will see you win through enforcing submission.

However, you must master the art of takedown before you can even begin to apply grappling techniques. This MMA training stage focuses on Brazilian Ju-Jitsu (BJJ) and Judo. Drills in an MMA gym mostly focus on teaching BJJ, Judo, and wrestling techniques. You will also be taught to practice grappling with gloves and a bag.

Though this is a higher level, most trainees enjoy this stage most of all as you finally get to hit and strike. This training will teach you the art of delivering electrifying punches and blows using knees, elbows, and kicks. This training aims at mastering the lethal combination of speed and force. However, it also needs high levels of leg flexibility to deliver high kicks.

Most fighting techniques at this level revolve around Karate, Ju-Jitsu, Boxing, Taekwondo, and Muay Thai. Some of the most popular strikes in MMA are:

Unfortunately, this stage is not all fun. You must also learn techniques to defend against punches, kicks, and jabs since a real fight will put you up against a professional fighter instead of a punching bag.

MMA training is a slow process – after all, this involves the complete physical and mental transformation from an ordinary individual to a near super-human! Moreover, this is not just about physical fitness and resilience. Focus, determination, strong mental resilience are just some of the qualities you will have to develop to become a true MMA fighter.

Popular Golf Destinations That You Might Want to Check Out

Wearing a Knee Sleeve Could Change Your Running Game: Here’s How

Tricep Stretch: Learn How to Do it Right