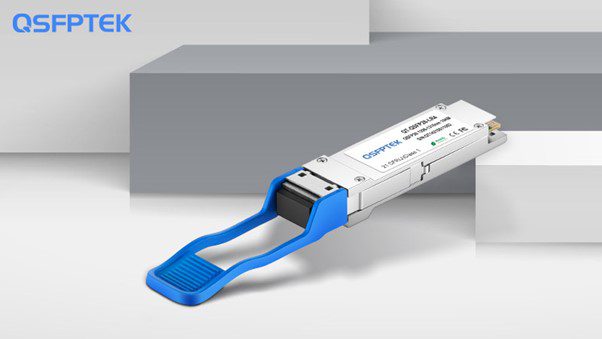 Typical application scenarios for 5G fronthaul include fiber direct connection, wavelength division multiplexing, and other active transmission technologies. For small-scale centralized scenarios, direct fiber connection solutions can be used, including dual-fiber bidirectional and single-fiber bidirectional, as shown in Figure 1(a). The optical fiber direct connection network is simple, easy to maintain, and has low latency but consumes many optical fiber resources. In dense urban areas and other medium-scale and above-scale centralized scenarios, a wavelength division multiplexing solution needs to be introduced to solve the problem of AAU (Active Antenna Unit) in the C-R AN (Cloud – Radio Access Network) mode. The WDM scheme reduces fiber occupancy and has a large capacity but faces other problems such as increased cost and a large link budget. And can be subdivided into passive WDM, semi-active WDM, and active WDM.

In the early stage of 5G deployment, the fronthaul will be mainly based on optical fiber direct connection and passive WDM solutions. Later, with the gradual expansion of the network deployment scale, especially the large-scale application of C-RAN small and large-scale deployment modes, semi-active WDM-based. The proportion of deployments will increase significantly.

In the early stage of 5G network construction, in scenarios with abundant optical fiber resources, the fronthaul will be dominated by direct optical fiber connections, mainly using 25Gbit/s gray optical modules. 300m dual-fiber bidirectional gray light module can be used for the interconnection between the tower and the base station tower, which can be used for the interconnection between the AAU and the access room with a longer transmission distance or greater link loss. 10/15km dual-fiber bidirectional or single Fiber bidirectional gray light module. The 25Gbit/s dual-fiber bidirectional gray light module has basically matured. The reference standards include IEEE802.3-2018 and YD/T 3125.2-2019. The overclocking solution will be given priority. The PAM4 solution depends on the performance and scale effect of the supporting chip. The 25Gbit/s single-fiber bidirectional gray optical module is mainly based on the wavelength division multiplexing 1270/1330nm solution. The optical module products based on the NRZ modulation code are basically mature in the 10/15km distance specification, and the optical modules based on the PAM4 modulation code are in a small number. At the sample stage, the industry-standard YD/T2759.2-2020 specifies the NRZ 10/15km and PAM4 10km distance specifications.

The 25Gbit/s CWDM color light module uses the wavelengths specified by ITU-T G.694.2, from 1271nm to 1611nm, with a total of 18 wavelengths. At present, the first 6 wavelengths (1271nm~1371nm) are relatively mature from short wavelengths, and there are large-scale applications in China. DML (Directly Modulated Laser, Direct Modulated Laser) and PIN detector schemes are used at the sending and receiving ends, in which the first 4 waves can share the data center 10 0GE C WDM4 industry chain, and the cost is lower. In order to meet industrial-grade applications, the AAU side optical module needs to use a DML laser with cooling. The China Academy of Information and Communications Technology has taken the lead in the formulation of the 25Gbit/s CWDM industry standard, and ITU-T SG15 Q6 has also initiated discussions on whether to revise the G.695 CWDM standard based on the 25Gbit/s fronthaul rate.

The 25Gbit/s MWDM color light module is extended to 12 waves by left and right offset on the basis of the first 6 waves of CWDM and adopts a non-uniform wavelength interval. The MWDM solution can reuse the mature design experience and process control technology of the DML laser in the CWDM solution and co-epitaxial process and chip manufacturing industry chain with CWDM. China Mobile is organizing the upstream and downstream of the industry chain to formulate industry standards for MWDM while promoting the establishment of international standards in ITU-T and O-RAN, and the related products are currently in the stage of testing, verification, and commercial trials.

The 25Gbit/s LWDM color light module is based on the 8 wavelengths of 400GE LR8 in the IEEE 802.3-2018 specification and realizes 12 wavelengths by the equidistant expansion of the 800 GHz channel interval. The LWDM wavelength is located in the O band, and the cost of dispersion is small. DML lasers and PIN detectors can be used to solve 10/15km distance transmission. The basic 8 wavelengths can be reused in the 100G LR4 and 400G LR8 industry chains.

According to the latest discussion progress of ITU-T SG15 plenary meeting in September 2020, it is expected that a new standard G.owdm for 5G fronthaul will be established in combination with the multiple project requirements of CW DM / MW DM / LW DM, so as to carry out 25Gbit/s WDM based on O-band Standards are formulated. Specific parameters and details will be studied in the follow-up.

How to Start Streaming on Twitch: A Smart Guide

What’s the Difference Between VPS and Cloud Hosting? 5 Tips For Finding The Best Fit For Your Website