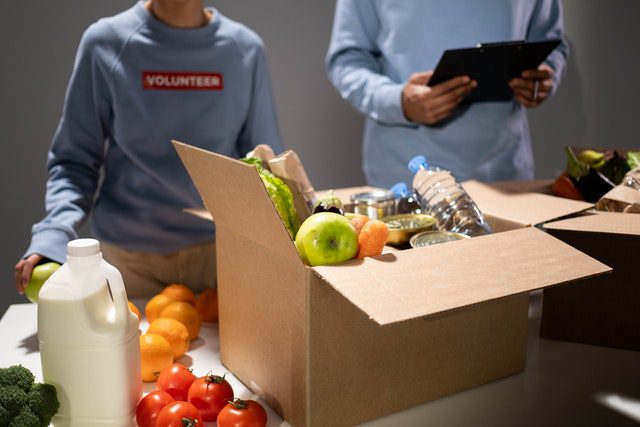 Many people feel they’ve done their part if they donate money to Toys for Tots during the holidays or drop a few coins into the Salvation Army buckets. And while every penny helps, it takes much more to solve the world’s problems. If you’re one of the few who has the time, creativity, and passion for doing more for a cause, you may want to consider forming a charity.

When you hear the word “charity,” you likely think of large organizations such as the Gates Foundation and the American Red Cross. But the U.S. is home to more than 1.54 million charitable organizations. With an average startup cost of less than $1,000, the super-rich doesn’t have a monopoly on running charities.

That isn’t to say the path to creating a successful nonprofit organization won’t come littered with roadblocks and other expenses. If you’re interested in forming a charity and have wondered if you have what it takes to start one, review these five considerations before taking the leap.

How you define your charity’s cause will be the most important factor in how and if you receive donations from other groups and individuals. Whether your goals are environmental and overseas or local and community-driven, being specific with your charity’s goals will help potential donors decide whether or not to support your organization.

For example, Patti’s Way founder Steve Streit supports low-income households by allocating grants to single parents experiencing financial emergencies. By narrowing the cause to funding single parents with minor children, the charity can function more effectively than if its goal was to help lower-income families.

While creating a new charitable foundation is undoubtedly a noble pursuit, it may not be necessary if another group does similar work successfully.

Sure, creating a charity will look great on resumes and applications. But joining an established one could reduce redundancy and increase the effectiveness of how your funds are allocated. Becoming a prominent member of a well-respected charity can even be more prestigious than creating one of your own.

Your inner philanthropist will still be able to express itself without needing to create a new organization. That said, creating a charity will give you much more control over how your money is spent.

You may have all the funds necessary to start and operate your charity, though extra resources and personnel will certainly assist in spurring growth. If you want to grow your foundation through donations and volunteers, you’ll need some method of spreading the word that won’t eat up funds intended to advance the organization’s primary goals.

Often, you can use the organization’s nonprofit status as leverage for cheaper exposure through advertising. Regardless, traditional advertising may eat away at your resources and leave donors wondering why they are paying for commercials.

Bringing publicity to your work through interviews and articles can be as effective and much less expensive than paid advertising. Local news channels and newspapers are often more than happy to publish news of a promising new nonprofit startup. If your story isn’t gaining traction in mainstream media, don’t be afraid to explore other avenues of marketing your charity.

If your charity is large and successful enough to warrant renting a workspace to host your staff, you’ll need to manage the office differently than you would for a for-profit company. Choices in office location, transportation, and even office supplies should revolve around minimizing expenditure.

While your day job may have a juice bar and private gym on the premises, you’ll need an entirely different work environment to preserve the legitimacy of your nonprofit. Cutting down on expenses will prove to your donors that the largest possible portion of their contributions is fed directly to the cause.

Before you start recruiting volunteers and donors, make sure that you follow all country, state, and local regulations for a nonprofit organization. Registering your charity as a nonprofit will provide important tax benefits, but it will also serve to legitimize your organization.

Most commonly, charities in the U.S. gain tax exemption through the 501(c)(3) section of the Internal Revenue Code. To qualify for this exemption, you won’t be able to collect revenue from your organization, and you’ll have limited ability to use its funds for political lobbying power.

If you can get over the bureaucracy and costs needed to create a charity, it can be a wonderfully rewarding experience. Between gathering funds and recruiting volunteers, you’ll need a fair amount of free time in addition to capital. If you lack either of those resources, it may be best to scout for charities to join instead of creating your own.

4 Ways of Marketing Your Franchised Business