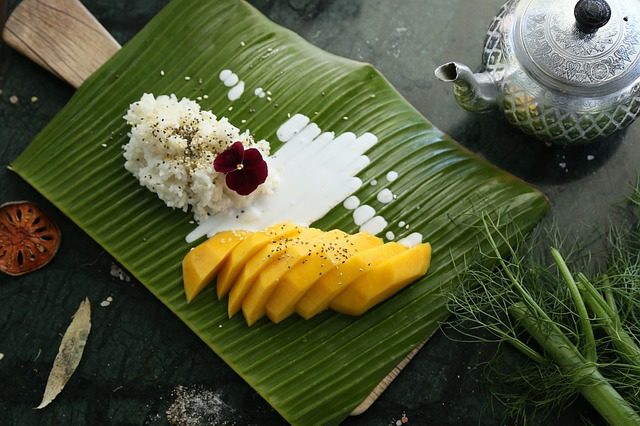 Image by Huahom from Pixabay

One of the reasons rice is so versatile is that there are many varieties. That’s also why Asia is too broad of a term to talk about the origins of this ingredient. There are different rice varieties depending on the region or the area in this wide continent. Rice pudding or Khao Niao as it is called in Thailand is a favorite.

In the case of Southeast Asia, the most common type found is Jasmine rice, a long-grain variety that has an amazing characteristic: when you cook it, it fills the room with this distinguished aroma. And this leads to one of the characteristics of Thai food or gastronomy: the combination of flavors and textures. This type of rice is a staple because it’s the star in dishes that combine sweet and salty flavors. It’s used in most dishes in Thailand.

Even though it’s central to production and consumption in that area, Jasmine rice has been recently taken and welcomed by other cuisines worldwide. The most common question that arises is how to make jasmine rice. To get that aromatic feature, steaming the rice is the best option.

If you want to remain faithful to Thai culture, you may want to get a traditional bamboo cone steamer. In that case, when cooking the rice, you’ll need to flip it halfway to make sure it cooks evenly.

You can also use a normal steamer, in which case, you’ll need a piece of cloth to fully cover the rice. In this case, flipping the rice is not necessary. Now that we have made this clear let’s get to the Khao Niao recipe.

To make it the Khao Niao a little bit crunchier, you can use mung beans. You’ll want to rinse the beans and cook them before adding them to the mixture. Bring the pot to a boil, and then let them sit for ten more minutes. Toast them over a pan, and they’re done!

Featured Image by Huahom from Pixabay

The Healthy Truth Behind White Rice