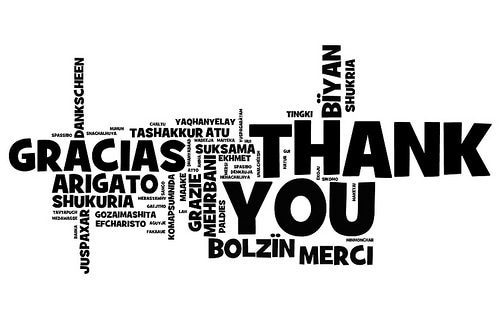 Many people have always wanted to learn a second language. Even though most of us have slogged our way through a few years of high school language classes, comparatively few are fluent in a language other than English, unlike European countries where learning a second, third, or even fourth language is de rigueur.

Speaking another language can be useful when traveling. It can enrich our cultural experience, and it can be fun to discover the quirks and peculiarities of another language.

But which language to choose?

Many languages are useful for one reason or another. Still, regardless of the lyric beauty of Italian or the utility of Mandarin, for most people, it comes down to what is the easiest to learn.

Few people have time to take intensive language immersion courses, so we want to feel like we’re progressing quickly. No one likes endless staged classroom conversations about the weather — we want to be able to navigate a foreign city or read a newspaper as quickly as possible.

There are almost 7,000 living languages in the world … so where to start?

Many language experts recommend that when choosing a second language to study, it’s important to consider other languages’ relation to your own. Languages based on entirely different grammar systems, or those that use another alphabet, will be more difficult to learn.

Languages that use the Latin alphabet and are more closely related to English are better.

English is on the Germanic branch of the Indo-European language family, meaning that its closest living relatives are languages like German and Dutch. German syntax (sentence structure) is more regular than English’s, although it can be frustrating to learn to put verbs at the end of the sentence.

Also, once a speaker learns the basic German phonemes (sounds made by each letter), the language is pronounced exactly as written—no silent letters or special pronunciation rules. Both languages use compound words and extensive prefixes and suffixes, making learning the vocabulary easy.

Another bonus is that much of the English vocabulary already comes from German, so the words easily relate to one another. It’s not hard to remember that haus = house and wilkommen = welcome.

German vocabulary may be easy to grasp, but other languages are set up in ways that are slightly more similar to English, even if they’re further apart on the linguistic tree.

Spanish, French, and Italian have very easy syntax to understand. When selecting a second language, most people choose one of the Romance languages (the languages that descend from Latin).

Of these, Spanish is generally accepted to be the easiest to learn.

One big hurdle for English speakers is learning that in other languages, verbs take many different forms. Still, once you learn how to conjugate the verbs based on tense and speaker, Spanish grammar is highly regular and logical.

The spelling and pronunciation are also extremely easy—no silent letters, and each word is spoken exactly as written.

French and Italian may be closely related to Spanish, but these languages both have features that make them more difficult.

French pronunciation and spelling are highly irregular and contain many phonemes that are difficult to master. In fact, French is conserved by a national body that decides how the language will be written and spoken, and a single sound can be spelled multiple ways.

Italian has its own share of frustrating intonations, and if the speaker can’t master the correct sound of each word, the meaning is totally lost.

The good news is that Romance languages have a similar vocabulary—the Spanish, Italian, and French words for “cow” are vaca, vacca, and vache—so once you speak one of these languages, picking up another can be a breeze.

Use It or Lose It

Anyone can sign up for a language class or listen to Rosetta Stone tapes, but the bulk of language learning is done in the real world.

Doing conjugation exercises in a workbook can only take you part of the way, so when choosing a language, it’s important to choose one that you can practice regularly.

In this respect, Spanish is a good choice since it’s spoken by so many people in the United States and abroad. It’s easy to find strangers to converse with, exposing your ear to different accents and dialects and forcing you to broaden your vocabulary.

Other languages leave fewer opportunities for regular practice. Still, anywhere in America, it’s possible to tune in to Spanish television and radio, find Spanish-language newspapers, or see Spanish signs to translate. Using the language regularly is the most important part of learning, and no language is more ubiquitous in our culture today than Spanish is.

Ultimately, being able to learn a second language depends on your relationship with English, which isn’t exactly known for being an easy language to learn. Although English has some easy characteristics, such as non-conjugated verbs, it has a vocabulary that surpasses most other languages of the world and is full of irregularities. Even learning the simplest foreign language can be hard if your grasp of English isn’t complete.

Also, more important than ease is how you’re going to use a language. Spanish is incredibly helpful in the Western Hemisphere, but German is more important if you want to learn about classical music or philosophy. If your future plans include traveling through Europe or Africa, French is a more important lingua franca.

Most of all, regardless of other considerations, the easiest language is the one that you’re anxious to learn. If your lifelong goal has been to speak Polish and visit your ancestors’ homeland, you’ll find it easy, even if experts deem it the most difficult language in the world.

The experts also have something else to say … the second language may be difficult, but the second one makes the third one even easier.

Speak Easy: The Simplest Languages to Learn was provided by DivineCaroline.com.

What Is Intentional Living: How to Live According to My Beliefs and Values?

Are You Quitting or Are You a Quitter?