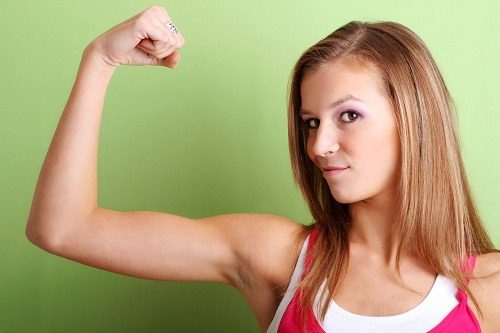 The following post is from Jeff of My Super-Charged Life: You Have What It Takes: Act Boldly

Do you believe in yourself?

I mean, really believe in yourself.

I believe in you.  I believe you are strong, smart, and capable enough to achieve great things.

I’m telling you this because I want you to reach out and grab the tiger of life by the tail. Life isn’t going to hand you your desires on a silver platter.

You will need to demand from life what you want.

That’s okay.  Because, as I said, you have what it takes to make it happen.  You can take control of the tiger and wrestle from it what you most desire.

Do you believe it?

Belief Is the First Step

Timidity won’t get you anywhere.  Boldness with a dose of diplomacy and emotional intelligence is what will take you where you want to go.

However, first, you’ve got to believe enough in yourself to step out onto the playing field.

Have you ever had an idea or desire but failed to act on it, only to see someone else run with your idea and be a tremendous success?  You might have a flash of creative genius for a new book, business, or blog.  You might see a new way to do something more effectively at work.  You might be ready to revolutionize a whole country.

What is it that you want to do but have failed so far to act upon?  Why?

You likely lack the belief that you can do it.

I’m here to tell you that you have what it takes.  You can do it if you believe in yourself and act boldly.

You Are Strong Enough

You have the strength that you’ve never even touched.  There is more inside you than you realize.  It just won’t come to the surface and reveal itself until you force it to do so.

Let me give you an example of the kind of strength that is buried in all of us.

Helen Keller was born in Alabama in the late 1800s.  As you probably know, she lost both her sight and hearing early in her life.  She was deaf and blind.

Helen Keller learned to tap into a deep internal reservoir despite what she had going against her.  She found the well of strength that is inside all of us.

If she can accomplish all that she did, don’t you think you can find the strength to act boldly and pursue your dream?

You are strong enough.  You just need to reach deep, find your strength, and use it boldly.

You Are Smart Enough

“It’s not that I’m so smart, it’s just that I stay with problems longer.”

If anyone had a right to think themselves smart enough, it was Albert Einstein.  However, as you can see, even he realized that it isn’t a high IQ score that accomplishes things.  It is your willingness to boldly attack a problem and work it through to completion.

Look around you.  How many people do you know that are overwhelmingly smarter than you?  Probably not that many. In fact, I bet if you were unknowingly put into a room full of self-made millionaires, you’d think you were all equals until the secret was revealed.

We limit ourselves by thinking we aren’t smart enough. This false belief keeps us from acting boldly.  It impedes us from achieving the greatness we were meant for.

Stop holding yourself back.  You have as much brainpower as the next person.  Trust yourself and apply what you’ve been given to achieve more than you ever thought possible.

You Are Capable Enough

“Freedom lies in being bold.”

I’m trying to tell you here that you have what it takes.  All you have to do is believe it.  Because belief will give you the courage to act boldly, and boldness will deliver you to freedom.

“We hold these truths to be self-evident, that all men are created equal, that they are endowed by their Creator with certain inalienable rights, that among these are life, liberty and the pursuit of happiness.”

~ The American Declaration of Independence

This is a bold statement.

You are created with an equal amount of capability as the next person.  Do you believe it?  Your talents might differ from mine, but you have all you need.

Your job is to figure out how to apply your unique mix of capabilities to achieve great things.  It is all there inside you, just waiting to come out.  What are you going to do with it?

The founders of our great nation were common people with uncommon boldness.  If they could start a nation as great as this one, don’t you think you can achieve your dream?

How have you been doubting yourself?  In what ways do you need to believe in yourself and act boldly?

Handling Detours On the Road to Success

How To Carry On Studying When You’re A Busy Mom

3 rules for making your bullet journal your own