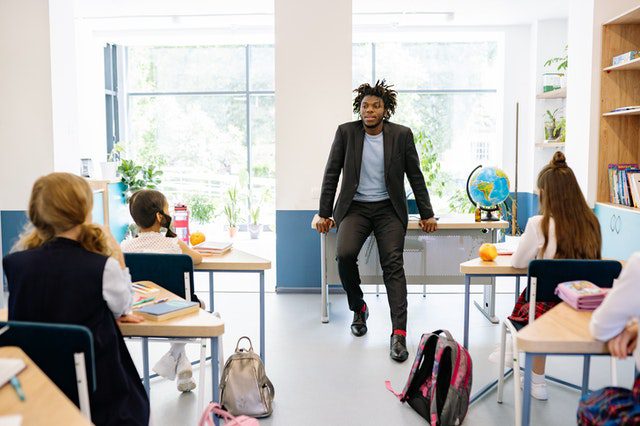 Photo by Yan Krukov from Pexels

The culture of prohibiting educating African Americans was deep-rooted in entire American history. As enshrined in the 1847 Virginia criminal code, a White American was bound by law not to assemble the black people, whether free or slave, to teach them to read or write. The punishment was for them to service a predefined jail term.

Ignoring the law, some white missionaries like Margaret Douglas began to teach black children the art of reading and writing. It was not long before the authorities arrested and sentenced them. After a long struggle, black kids such as Sara Roberts joined a colored school. The school was miles away for a 5-year-old like her.

The situation during the active slave trade period

When the slave trade was still active, the African Americans were only mandated to work for their masters in homes, farms, and factories. They didn’t have any right to education. Any white person who dared to educate them faced dire consequences.

One of the main reasons for refusing African education was to remain slaves, all their lives. The whites thought by educating Africans. They would become enlightened and plan a mass rebellion against their masters. Against all odds, denial of education only resulted in African Americans desiring to learn and get educated.

The African American struggle for education took about a century. Due to their resilience, the black students finally joined white-dominated schools. Due to this, education is now available to people who live in the United States. It is regardless of skin color or religion. To give you a better idea of the struggle, you can take a look at the hard times when African Americans fought for their rights with the Rosa Parks essay in 500 words, a collection of free essays that will open your eyes. This is a free service with useful online resources that every student can benefit from.

Struggle for education in the post-emancipation period

The push for education by the African slaves intensified. It went to a level where the government decided to create some form of education for the blacks. After emancipation in 1863, blacks were allowed to attend poorly funded and separated schools. Although all slaves had been set free, they didn’t have any property of their own and still relied on their masters.

Many sacrifices were required from the parents to send their children to school during the reconstruction period. Regardless, Black American children in the Southern States and some Border States enrolled in schoolhouses. The Tolson’s Chapel was one of the schoolhouses that housed at least 25 black students.

To the former slaves, education was the door to achieving equality. They believed learning would help them prosper economically and lead to total independence. Despite the desire to learn, poverty was widespread, which hindered many of them from schooling.

Some white communities in areas such as Boston and New Haven opposed blacks’ education. Like Baltimore, other areas in the south continued to build schools for the black community. By 1890, the first black student had graduated.

Many white teachers didn’t want to be associated with teaching blacks. And as a result, segregated missionary schools were started to train black teachers to teach their kind. The first time when black students joined white-dominated schools was in 1960. Although the black community was allowed to attend school, the law declared that education must be separate and unequal. That meant the black students would continue attending segregated schools. And they would not receive the same quality of education as the white students.

The period of 1960s was the hardest for black students in white schools. It was mainly due to segregation and stereotyping. It was the greatest time of unrest and major rights movements. The end was the assassination of Martin Luther King Jr., which bore fruits that are benefiting the black community to date.

Several presidential declarations were made, court rulings were given, and constitutional amendments. Due to these actions, African Americans today have access to a full education and enjoy equal rights like any other American.

The African American struggle for education started from the time of slavery. It was a criminal offense for a white individual to educate a black person. After the slave trade was abolished, several colored schools started. The biggest success in the struggle was achieved in the 1960s through many years of demonstrations and movements. African Americans finally joined white-dominated schools to receive the same level of education as white students.

Mary Spears works for an online company that’s well-known in the market for its cutting-edge writing tools and plagiarism software. She’s the lead content author with the company and also provides thesis and dissertation writing services on a freelance basis. Her free time is for yoga, cycling, and learning new languages.

How to Use Video to Enhance Education

How to Build a Technology-Based Curriculum