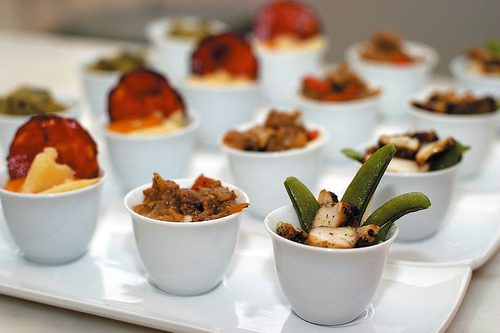 The following post is from Kate of Modern Alternative Mama:

I know most of you around here are no stranger to real food.  It’s just so satisfying to eat something that you’ve cooked at home…at least most of the time.  (Or am I the only one that occasionally has a ‘kitchen oops’ that no one will eat?)

Beyond “just” real food, though, there are many interesting “ways” of cooking.  I’m what people usually call a “traditional foodie,” which means that I subscribe to a philosophy of preparing foods according to ancient methods, used by our ancestors and still used in certain native areas today.  Some people might be more familiar with the term “Weston A. Price” which I loosely follow.

The foods I use aren’t (usually) different from what anyone else cooks.  It’s just the preparation methods and the rationale behind them that differ.  Don’t think it’s weird – some of the stuff is pretty awesome!

You might ask…”What are you talking about?  And why does this matter?”

I’ll get into the nitty gritty of the second question down the road, since there’s way too much to share in just one post.  Today I’ll just tell you what I’m talking about.

You’ve probably done many of these things yourself – possibly with the exception of fermenting and soaking or sprouting grains.  These methods are by no means exclusive to a traditional kitchen.  You also do not have to incorporate all of them to be considered a “traditional” cook.  Everyone’s style is a bit different.

Over the next few posts, I’ll introduce you to some of my favorite traditional procedures and recipes and explain why they’re beneficial.  I promise they’re not hard, they don’t need a lot of special equipment, and they’re not expensive.  They’re way harder to think about doing than they are to actually do.  (Many times I have avoided doing something new because I thought it would be really hard…but it wasn’t.)

Just in case you think I’m a strict traditional foodie and I don’t embrace treats…check out my wonderful grain-free brownies and real buttercream frosting.  Put them together and they are amazing.  Despite my kids’ complete lack of, say, Oreos (seriously, they’ve never had one), they’re not deprived.  And neither am I!

Have you ever heard of, or do you practice traditional cooking?  What’s your favorite method or dish?

Preparing for Your Whole 30 Challenge

Is Too Much Cinnamon Bad for You?