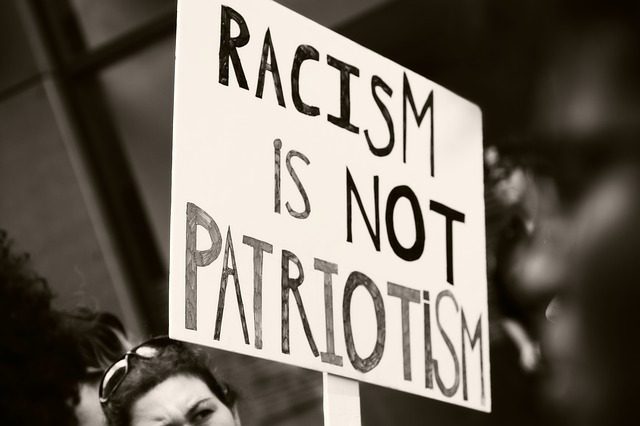 Image by Javier Robles from Pixabay

We all believe in justice, equality, and treating people, regardless of where they come from, their race, ethnicity, or skin color.

Inclusivity enables people to cooperate economically, socially, and politically, leading to societal prosperity. However, what we desire and strongly believe in may not be in tandem with what happens in our country and in the communities that we live in.

As a parent, it’s your responsibility to talk to your kids about racism and its impact on their relationships and future. Parents should encourage inclusivity, diversity, and respect for people from all races to reduce the injustice and discrimination that is meted on people considered to be of an inferior race.

Children as young as one to two (1-2) years begin to notice the subtle differences in their peers, including skin color, hair texture, and language.

Parents should be intentional in teaching their children about racism and how they can end it to ensure that they extend the same respect to their peers as they grow. Here are three important conversations to have with your kids about racism.

1. Talk About Diversity and its Positive Global Impact

Start by educating your children on the differences that people of different colors, tribes, races, and ethnicities exhibit. Teach your children the need to have a varied group of people in a community and the benefit of diversity to spiritual, mental, and physical growth.

Talk to your children about the various cultures and their representations. Let the children open up about what they think about the different cultural practices and what they like about them. Teach and reinforce the beauty of cultural differences and the need to learn to embrace diversity.

Live by example by belonging to a group with different kinds of people. Show respect and urge your children to demonstrate the same when interacting with others.

2. Introduce Racism and its Types

Introduce the topic of racism and how it manifests in our day-to-day lives.

If your children go to school, especially in Mississippi, you can begin by asking what they think of people of color. Interrogate your children on how people of different colors are treated and how they feel about it to grab their attention.

Explain what racism is and how society defines it.

Tell them that racism is legally defined as behavior or actions that communicate that one community or group of people is better than the rest. Get your children’s opinion on the description of racism and inquire about how they would prefer to treat other people.

Elaborate on the different types of racism and how it manifests economically, socially, politically, and legally. Teach the children about systematic, cultural, economic, and individual racism. Teach your children about acceptance and being open-minded and reinforce that racism is based on our perception of other people, which is not necessarily true.

3. Talk About the Civil Rights Movement in the US

Reinforce the need to understand civil rights and speak up when one is denied such rights based on their skin color.

Inform your children about slavery, incarceration of black people, blocked access to public facilities, and racial killing by white policemen and how the same is reflected today. Consider touring civil rights museums regularly so that your children can get a fast hand understanding of the injustice that black Americans faced in the 1980s and even now.

Teach your children about the civil rights movement in Mississippi led by Medgar Wiley Evers and how it contributed to equality for all black Americans, especially in granting them the right to vote. Talk about the factors that contributed to the civil rights movements in the rest of America and the people that were at the forefront of advocating for equality and justice for black people.

Last but not least, your children should know about the heroes who built America and made it the discrimination-free nation it is today.

Talk about Martin Luther King, his march on Washington, and his famous “I Have a Dream” speech, Malcolm X and how his religious stand for blacks taught them about Tubman and how she helped slaves escape to their freedom, among other things key memorable people.

Children need to learn about racism and how it manifests in their day-to-day lives. They should be aware that racial discrimination promotes poverty, early deaths among young people, unfair incarceration, and the election of bad and incompetent leaders.

Parents should teach the importance of diversity and embrace people from different cultures, races, and ethnicity and live by example.

Children should be educated on the various types of racism and how they can help end it in their small circles, even in school. Most importantly, children should learn about civil rights and what they should expect from the community as they grow up. Lastly, the children should be aware of the injustice directed toward black Americans, leading to the civil rights movements and the people at the forefront of change.

Are you a first-time mom? Here are 4 tips on how to relieve common stresses

Tips to Help You Become a More Positive Parent