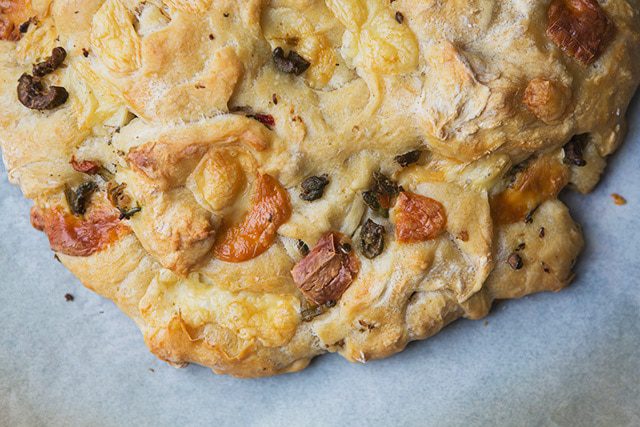 The following post is from Shaina of Food for My Family and Olmanson Photography: Manchego Olive Freeform Bread

My grey counters are antiqued in a thin layer of white powder. I turn the corner, sweeping as I go, and am greeted by a floured outline of a small footprint on the floor. I pull the garbage alongside me, pushing bits of soft white dust into the bin before shaking the cloth out again to give the counter another pass. Contentment fills my face.

My kids make our bread. Each weekend I set out our kitchen scale, the flour, yeast, water, and a big plastic bucket for them to mix it in. They eagerly tare the scale after each ingredient, sometimes making small mistakes but approaching the task enthusiastically each time. Fingers are covered in flour and then dough before we reach the end. The cleaning is a small price to pay for the smell of fresh bread baking, puffing in the oven, and growing right alongside my kids’ self-esteem and sense of accomplishment.

We practice shaping the dough with their small hands, learning to form balls and pinch it here and there for different shapes, and sometimes we fold in ingredients, brush on layers of butter and cinnamon, or try frying it up in a cast iron pan rather than the oven. This past weekend’s loaf made with the very last of the week’s supply was dotted with the ends of a chunk of Manchego cheese and then accompanied by a handful of Spanish olives, roughly chopped. A healthy sprinkle of oregano and red pepper flakes found the dough before it was plopped soundly on a piece of parchment to rise.

The end result is that of a focaccia-like loaf, soft on the outside with just a thin layer of oiled crust. Slice it in half to use it as sandwich bread, or cut off long fingers of a warm loaf and add them alongside a bowl of soup or a hearty salad. 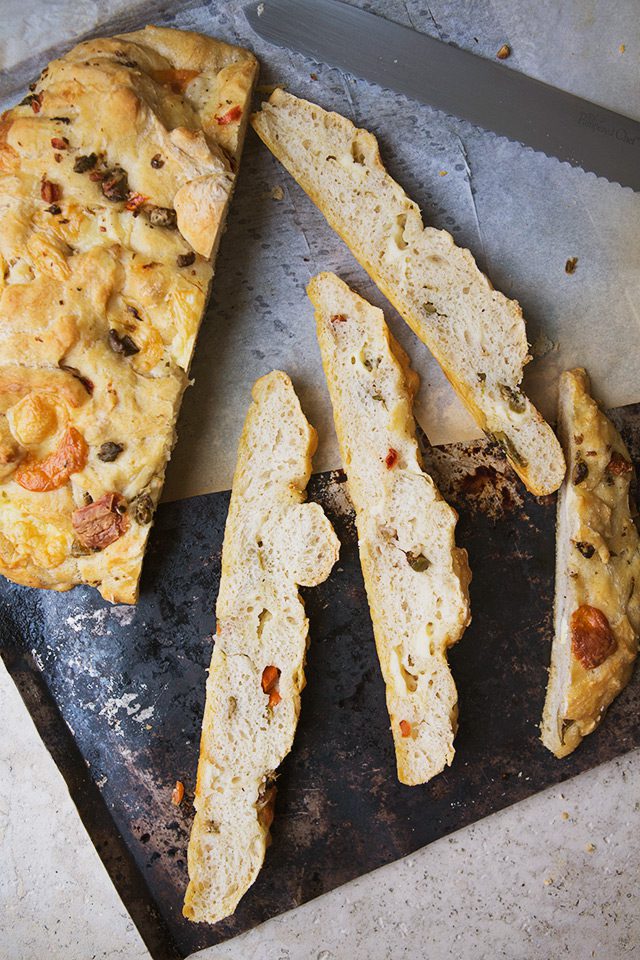