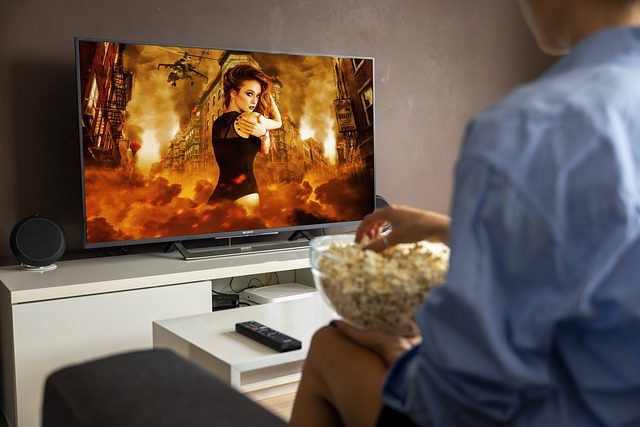 Image by FrankundFrei from Pixabay

Canadians watched video streaming for only 30 minutes every week in 2010. The Canadian average streamed quickly up to 2018 every week for an average of 3.8 hours. In 2020, the popularity of streaming services continued to rise as people stayed home during the pandemic. Canadians are streaming and making a huge difference.

The streaming wars are ongoing, and with the release of several other new platforms all over Canada. It has become more confusing to decide which service to subscribe to.

You can find many best streaming subscriptions and websites in Canada if you’re tired of watching the same old content on cable TV or looking for a good alternative. We have worked for you and compiled a list of the best blocked and unblocked streaming services in Canada based on your interests and budget, from popular choices to niche alternatives.

What can I find on Apple TV Plus?

What is the cost of Apple TV Plus?

$5.99 per month is the cost of Apple TV Plus. In one subscription, up to six family members can share screens.

What can I find on Disney+?

The Disney+ abonnement allows the viewers to access a vast library of Walt Disney Studios, Marvel Studios, Twentieth Century Fox, Pixar, Lucasfilm, and National Geographic. Besides the wide range of available content (for instance, The Simpsons has 30 seasons), Disney will première on the first anniversary of its launch of more than 25 original series and ten original films.

What is the cost of Disney+?

8.99 dollars per month or 90 dollars annually. Each account can screen on up to four devices.

Disney+ is not offering a free trial at the moment.

You can find Disney+ on all Apple, Android, Google, Sony, Microsoft and Roku, Amazon, Samsung, and LG TV devices.

What can I find on Canadian Netflix?

Netflix Canada has the power to please everyone, perhaps the driving force behind our culture of binge-watching: original productions (Stranger Things) and popular American events (The Office), British imports (Peaky Blinders), box office hits (Arrival), and indie oddities (Uncut Gems). The streaming giant even managed to convince Martin Scorsese, the world’s most famous director, to break away from the studio system and develop a hyped movie for Netflix alone (The Irishman).

What is the cost of Netflix Canada?

The basic plan: $9.99 per month (this allows for streaming services on one device only)

Which devices are compatible?

What can I find on Amazon Prime Video?

Comprising Jack Ryan, The Man at the High Castle, and The Marvelous Ms. Maisel, Amazon Prime Video often offers a slew of original shows compared to the Netflix versus. But where Amazon Prime Videos really shines, you won’t probably see films from cult classics (The Dead Zone) through the arthouse tribute (At Eternity’s Gate) to the culprit of the 1990s (Ghost). Recently, the whole run of Downton Abbey has been added, and you can enjoy your favorite quote from Downton Abbey again. Regardless of your mood, you might find a movie on Amazon Prime Video waiting for you.

What is the cost of Amazon Prime Video?

You can access the streaming service free of charge if you have an Amazon Prime ($79 per year) membership. For Amazon Prime Video, non-members will pay $7.99 per month. You can stream on up to three devices.

What can I find on Crave?

Crave was originally conceived as an online complement by Bell TV subscribers to provide a library of past and current HBO hits (such as Succession, the Sopranos, and the Game of Thrones). Crave’s original programs, like Letterkenny and Snatch, are also available to users.

What is the cost of Crave?

Featured Image by FrankundFrei from Pixabay

MBOX to PST Migration: Overview of Mailing Clients to Abandon

Going analog in a techy world