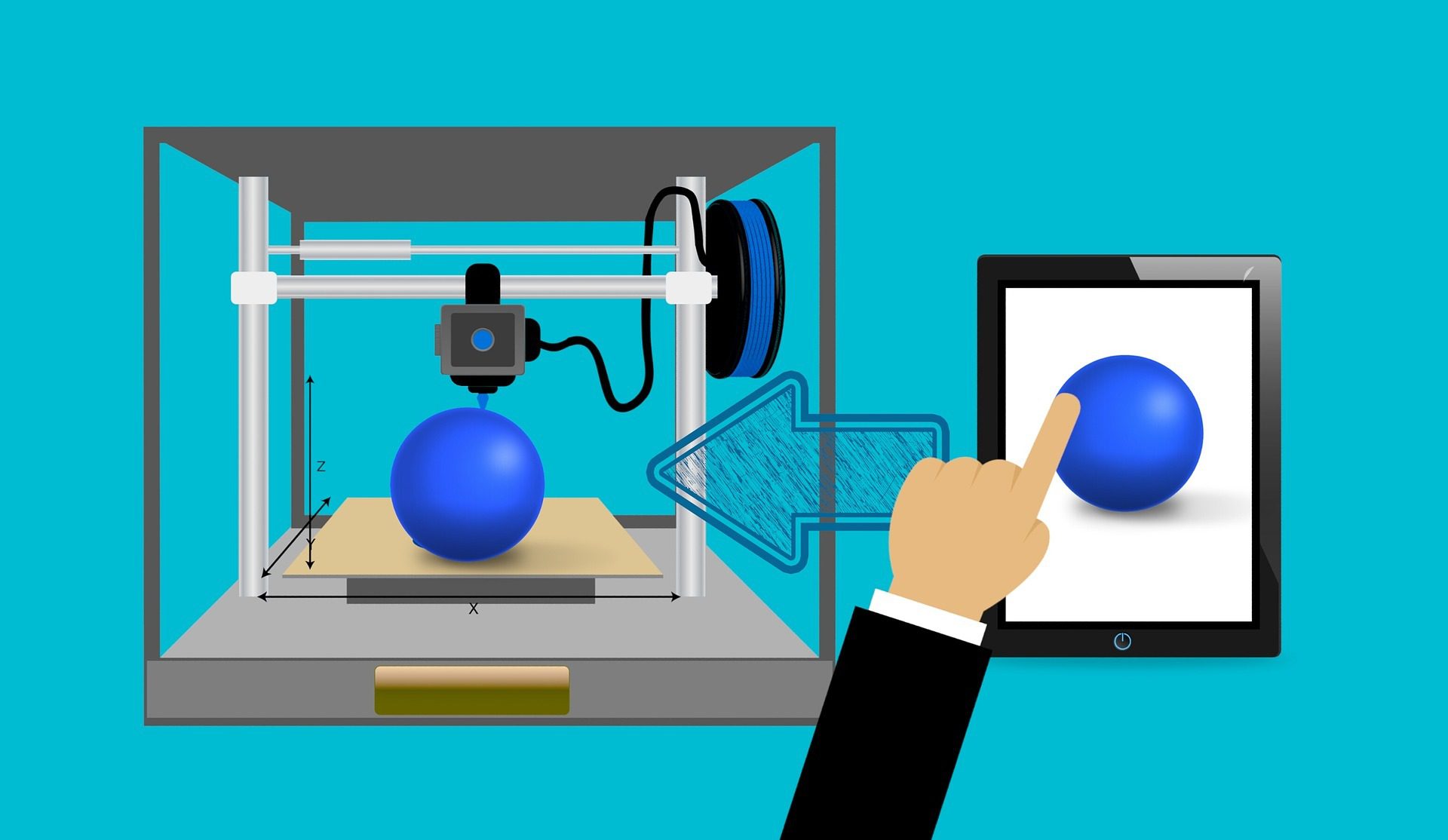 3D rendering software is a tool used to create an image on a computer. This process allows us to create 3D models from photorealistic images of technical sketches or CAD designs. Once these models have been created, the user can add lights, details, and textures.

The process by which the software records all these modifications and transforms them into a two-dimensional image is what is known as “Rendering.”

This rendering process is so flexible that it can be used in many areas:

More and more people use this tool to reach their customer’s impactful images that invite utilization.

Below we will present five of the most commonly used 3D rendering software for 3D Printing.

Blender is one of the most used 3d modeling software in the field of 3d animation. This open-source 3d software offers a set of tools that allow the user to cover the entire creation process, including modeling, animation, simulation, rendering, motion tracking, until the creation of games or video editing.

As you can see, it is a tool widely used by professionals, such as engineers, game designers, web developers, graphics designers, and anyone who needs to use 3d printing. Among the advantages of Blender, it is worth mentioning that it is a free 3d modeling software; it can be used, distributed, and changed it.

However, its users can invest and help in the advances of this tool. That is why Blender does not stop its growth because of the support it receives from the community that feels part of this evolving project.

The new version Blender 2.8 brings us great innovations in terms of user interface focussed on your creation, faster methods of access to tools by using Quick Favorites menus. This new 3d viewport lets you

TinkerCAD is a free online 3d software created by Autodesk that teaches people to design and develop models based on a set of basic forms using simple tools. Although it is a tool used by designers and educators as it allows the creation of prototypes, interior decoration, toys, and a whole range of objects, it is also widely used to start children in the world of 3D design.

Professionals do not choose TinkerCAD because of its simplicity. It is still the one suggested for beginners. They can find excellent tutorials on the web to learn to take the first steps in the fascinating world of 3d design.

Maya is a software developed as a complete tool that allows you to use the computer to create 3D animations. It is also used for 3d graphics and 3d printing. Maya is a very advanced software with innovative functions that allow the user to model, simulate, and render the desired product.

It is a software for professional use and is the favorite when it comes to creating special effects of large film productions, so much so that it is the only software that has received an Oscar for its impact on the film industry.

It is extremely expensive software, let’s not forget that it is used in high-budget productions, but the results are worth it since it allows you to create realistic animations.

Initially, it was marketed in two variants: “Maya Complete,” a basic version, and “Maya Unlimited” a more advanced version, but from the 2011 version, they were united in a single version, which contains the most innovative special effects such as special effects of fluids, hair, and fabrics.

This software was created as a 3d software tool to offer a flow that goes from design to manufacturing, performing the rendering, simulation, and optimization process step by step until reaching the final product.

It is not a complicated software to use and has a friendly interface, and is a highly efficient software. Fusión 360 covers six workspaces, each with tools for specific processes.

This software is not free, but it offers a 30-day free trial and updated tutorial information so that the user can evaluate the functionality and simplicity of this 3d tool at that time.

This software is script-only based. It is focused on CAD aspects and 3D CAD solid objects. OpenSCAD is free. It becomes an ideal cost-effective, and reliable software for engineers looking for the perfect 3D modeling suite.

The software is a 3D compiler that reads scripts files to describe the object. It is not an interactive modeler as you could think. The script function makes it easy to control any step of the modeling process.

How to Find a Long Lost-Sibling Online

Learn How to Use Python Proxies in Web Scraping Projects