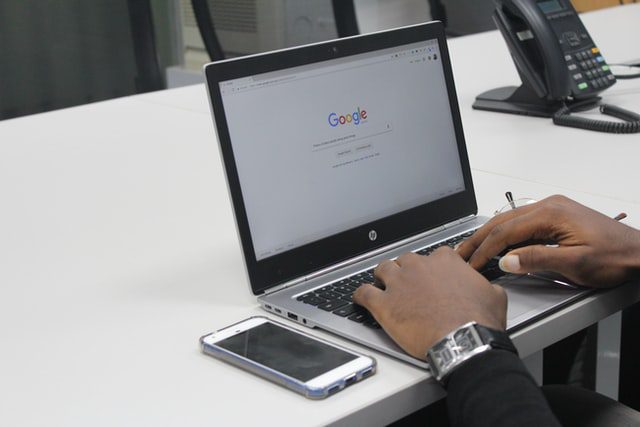 Photo by Benjamin Dada on Unsplash

On some occasions, we may find more than just passion between the sheets, but also an unwelcome STI.

What was once a horrifying threat in the shadows to warn hormonal teenagers has now become a common occurrence. According to recent studies, 1 in 5 Americans will get tested at an std clinic, or do a home test, and find that they have an STI. So, let’s not pretend this is a threat belonging to a particular type of person – the priority is to remove the stress and get a test!

Experts at Stress-Free Health Testing have used research gathered from Semrush to determine the top most googled STIs in the US.

So let’s get straight to it and take a look at the nine most googled STIs in the US.

With a whopping one million searches on Google per month, chlamydia is the most common STIs in the US. The most common telltale signs would be pain during urinating and an unusual discharge from the vagina or penis, although not everyone has symptoms.

Chlamydia is a bacterial infection spread through unprotected sex and is treated with antibiotics. When untreated, it can cause serious damage to the female reproductive system, making regular testing a huge priority to identify a chlamydia infection as soon as you can.

The best way to minimize the risk of chlamydia is by wearing condoms during intercourse and not sharing sex toys.

Also known as HSV, herpes is the second most googled STIs in the US. There are two common strains:

HSV-1 – This strain is responsible for oral herpes. The common symptoms are cold sores and fever blisters around the mouth or on the face.

However, in most cases, an individual can have herpes without any symptoms present. Although there is no cure for herpes, there are medicines available that will not only prevent, minimize and shorten outbreaks but also prevent the spread of herpes to others. This medication must be taken daily.

Again, using condoms is the best way to avoid the spread of herpes. However, do bear in mind that herpes can be shed from skin that is not just on infected genital areas, which means that condoms may not be entirely effective.

With 550,000 google searches each month, gonorrhea is the third most Googled STIs in the US.

Particularly for females, it is important to treat gonorrhea early as it can spread to the fallopian tubes or uterus and develop into pelvic inflammatory disease (PID), causing permanent damage to the reproductive system.

In females, the common signs of gonorrhea include a green or yellow pus-like discharge along with a burning sensation during urination. There may also be an usual mushroom odor from the genital area.

However, gonorrhea may also be present with no visible symptoms.

Similar to chlamydia, gonorrhea can also be treated with antibiotics.

In adults, scabies is usually spread through sexual contact. However, you can also contract scabies through prolonged skin-to-skin contact. But it must be prolonged contact, which means you cannot catch it through hugs or handshakes.

Scabies is a contagious skin disease and is more of an infestation by itch mites rather than an infection.

Common symptoms of scabies include intense itching, particularly at night, and red raised rashes and spots.

Although scabies is not serious, it is very infectious and can take up to eight weeks to become visible. If you have scabies, everyone in your household must be tested along with anyone you have had sexual contact with within the previous eight weeks.

One treatment involves applying a lotion or cream all over your body and then repeating the treatment a week later.

The biggest telltale signs of syphilis are firm and round sores. However, because they are painless, the sores do often go unnoticed (again, this is why regular testing is essential!) Other signs include rashes on your hands and white patches on your mouth.

Usually spread through sexual intercourse, syphilis can also be transmitted through drug use with needles or by blood transfusions.

Syphilis is curable and is treated with antibiotics delivered either as a course of tablets or, more usually, as 1-3 injections in weekly intervals.

You can prevent and minimize the risk by using a condom or a dental dam when involved in oral sex.

Caused by a small parasite, trichomoniasis is a sexually transmitted infection, and symptoms usually occur a month after the infection.

Symptoms in women include unusual vaginal discharge that may be thick, thin, frothy, or yellow-green color, along with a fishy smell. There may also be soreness, itching, and swelling around the vagina and possibly the inner thighs.

Men also experience a thin white discharge from the penis and swelling, soreness, and itchiness around the penis head or foreskin. Another symptom may also be the need to urinate more frequently.

Other symptoms, for both men and women, include pain and discomfort when passing urine or while having sex.

This STI is also treated with a course of antibiotics, which must be completed, and you must also avoid any sexual contact whilst taking the course.

HIV is a virus that attacks the immune system and can lead to AIDS if left untreated.

Although there is no cure for HIV, there are medications that can allow sufferers to live long, healthy and fulfilling lives and that also protect their partners.

If you have had sexual contact with someone with HIV, you can begin a preventative treatment called PEP, which reduces the likelihood of HIV settling into your body.

HIV does not usually have any prominent symptoms aside from cold-like symptoms and a rash. The only true way to know if you have HIV is by getting tested.

Hepatitis is the eighth-most googled STIs. It’s a viral infection that comes in several different types.

It is most commonly passed through sexual contact but also through sharing needles or syringes. Additionally, overuse of certain drugs or alcohol can also cause hepatitis as the virus results in the inflammation of the liver.

Although only Hepatitis A and C are curable, the other types of hepatitis are treatable.

Contrary to popular belief, pubic lice are not caused by a lack of hygiene. They are spread only through sexual contact.

Pubic lice are small insects, either of a yellow or dark red color, that live on coarse and thick human hair, which means they are commonly found in pubic hair.

Although they do not live in scalp hair like head lice do, pubic lice are often found in underarm, leg, or chest hair, as well as in pubic hair. They can also occur in eyelashes and eyebrows as well.

Symptoms include itching, which increases in intensity at night, inflammation, black powder in underwear, and small spots of blood or blue spits on the lower abdomen and thighs caused by the lice bites.

Treatments can include using a shampoo or a lotion, but again it is important to get tested to accurately determine whether you have pubic lice so as to ensure you are getting the appropriate treatment.

As we have seen, many symptoms of different STIs are quite similar or maybe nonexistent.

Although condoms often work to prevent STIs, they are not always 100% effective. The most effective way to avoid an STI is to be brave and hold an open discussion with sexual partners before any contact is made. This means you should also get checked out before engaging in any sexual activity.

STIs are too common to be brushed under the rug. There is no shame in having one so let’s remove the awkwardness and break the barrier in having adult conversations.

Treat your body like a cozy home that deserves to know whether visitors are safe to enter and is also a welcome and safe space for others.

So, stop spreading STIs and start spreading the word – get tested and ask your partner and any potential partners if they have been tested, too.