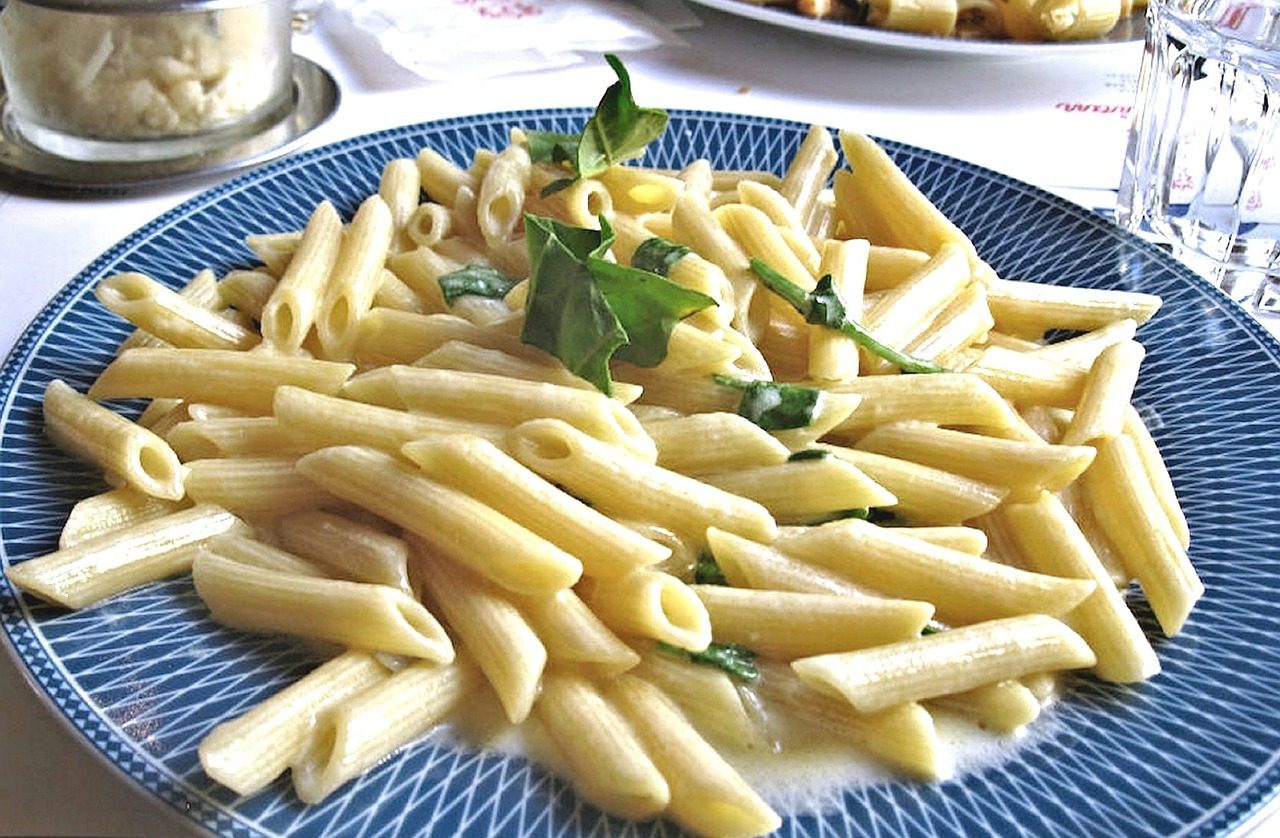 Image by pixel1 on Pixabay

Most of us grew up eating pasta, and we all started with spaghetti until we started learning that there’s a whole lot more than the usual red sauced pasta. We all know that pasta came from the boot-shaped country in southern Europe, in the Mediterranean peninsula – Italy. But, do we really know how a particular pasta dish came about showing up on dining tables? We certainly don’t bother thinking about it so long as we know that what’s on plates, on the tables, tastes good, satisfying our hunger and cravings are all that matters.

There are oil-based pasta recipes, the red sauce kicked by colors of tomatoes and kicked by their acidic vitamin-rich juice, and those that are velvety white sauces because of butter and cream on them like when making alfredo sauce. Wait, what? Is cream part of the ingredients? In the old Italian recipe books for pasta sauces, you won’t see cream in them at all. That’s because they didn’t invent sauces with cream or milk; for that matter, yes, they used dairy – butter and cheese, but they’re not a fan of milk or cream on their plates of pasta.

The Birth of the Alfredo Sauce

According to history, the Italian kitchen created the Alfredo sauce in the 1800s. Not as something to be served to demanding restaurant customers, but as a portion of comfort food for an Italian chef’s wife who is recovering after giving birth. As time passed, this was brought to the restaurant kitchens that then traveled along with the Italian migrants to England and finally set foot in the coastal cities of New York and Maine in the US.

It’s always amazing to know how traditional kinds of pasta are cooked in their most straightforward manner. Unlike how we all know it today, Alfredo sauce isn’t technically a sauce. The original Alfredo pasta is simply a freshly made pasta cooked in water with a generous amount of Mediterranean sea salt, fresh “burro” or butter made from full-fat milk, and aged highland Parmigiano cheese.

The freshly cooked pasta is tossed in a medium heated pan with the butter while the small amount of pasta water and Parmigiano is slowly tossed in until it thickens. There’s no need to add salt to taste as the starched pasta water will do the job of adding taste and consistency to the sauce.

Each household may have its own version. Some have added fresh herbs like sweet basil and spices like freshly ground pepper in the pasta for aromatics and taste.

Alfredo Sauce: A Victim of its Own Success

The geographical location of the US changed the way dairy taste compared to their counterparts in the Mediterranean countries, making the butter in the country lack in creaminess that time which made people add milk or cream in Alfredo sauce to achieve the rich taste as to how it was originally created back in Italy, hence, the birth of the American version of the Alfredo sauce. The age of industrialization arrived, and mass production of everything became more practical, so did the Alfredo sauce ending up in mass-produced jars and cans.

Kitchen Essentials: What Every Good Cook Must Have