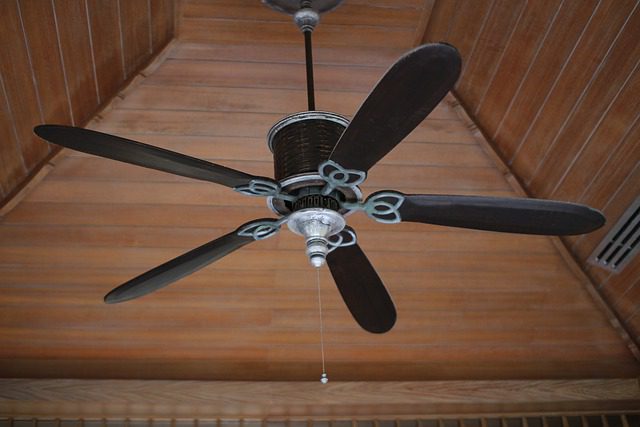 If you’re looking to drastically change how comfortable your home feels in the face of the heat waves and cold snaps that seem common these days, you should install ceiling fans. Ceiling fans can make you feel more comfortable all year round, and they’re easy to put in yourself. Just follow these steps to replace any light fixture in your home with a ceiling fan.

Turn Off the Breaker

Before you start work, make sure it’s safe by turning off the breaker that controls the circuit first. That way, there won’t be any power on the circuit you’ll be working on, and you won’t get shocked. If you can’t figure out which breaker controls which circuit, you should map your circuit breakers.

How much prep you’ll have to do to the ceiling depends on what you’ve got going on in there. You’ll need to be able to hang your new ceiling fan from a joist or a fan brace installed between the joists. You’ll also need a fan-rated electrical box. If you’re replacing an older ceiling fan, there will probably be a fan brace or joist and a fan-rated electrical box in your ceiling already – but you should verify before you install your new ceiling fan.

Attach the Downrod to the Fan Motor

Take your ceiling fan out of its box and find the assembly instructions. You will need to put together your fan’s motor on the floor before you hang it from the ceiling. You’ll probably need to attach the downrod to the top of the motor housing with pins and feed the wiring coming out of the fan motor up through the downrod.

Secure the Ceiling Plate to the Electrical Box

There should be three wires coming out of your ceiling and three wires coming out of your fan motor – connect the wires by matching up the colors. White connects to white, and so forth. You should have a pair of black wires, a pair of white wires, and a pair of green or ground wires. Make sure to ground your fan by wrapping the end of the green or bare wire around the green ground screw inside the electrical box. Give the screw a few turns to know the ground wire is securely connected. Leave a little hanging off the end so you can connect the ground wire from inside the fan to it. Once your fan wiring is connected, tuck it up inside the electrical box.

You can swing the fan motor up into place with the wiring connected. A ball at the top end of the downrod usually fits into a socket in the mounting plate. Once the fan motor is securely mounted to the ceiling plate, you can slide the fan canopy up the downrod and screw it in place.

Put the Blades and Lights On

Many styles of fans have blades that come with blade irons, while others have blades that connect directly to the motor housing. Ensure all fan blades are the same distance from the floor. Wire up your light fixture just as you wired up the fan motor itself. Now you can put in light bulbs, turn the power back on, and see your new fan in action.

What You Need to Know About UK Private Health Insurance