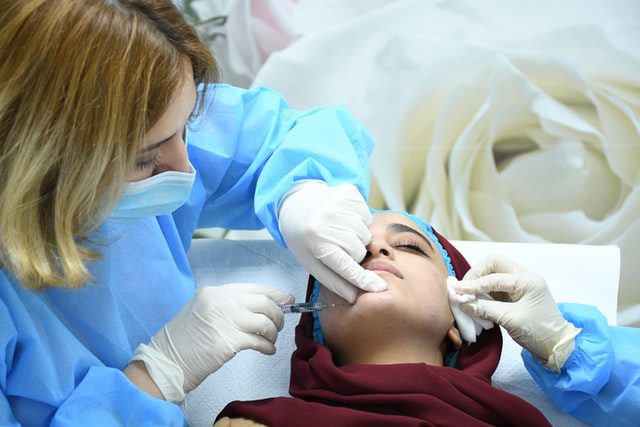 Photo by Atikah Akhtar on Unsplash

New York City is run by the film, fashion, beauty industry, and corporate America and business. It is no surprise that the city that never sleeps is also one of the most popular locations in the United States to get cosmetic procedures, as physical appearance plays a huge part in the industries mentioned above. While plastic surgery is very common, the treatment that has the largest amount of loyal devotees is Botox. Botox has been around since the late 1980s and was FDA approved for cosmetic purposes in 2002. Since then, the number of medical spas in NYC has grown significantly. Plus, the demand for this age-defying treatment has blown up the market for minimally invasive cosmetic procedures. Everyone is looking for the best botox doctors in New York to avoid a possibility of a botched job and serious complications. In New York, Skinly Aesthetics is one of those rare places where highly trained botox doctors practice. But why is Botox so popular compared to other cosmetic treatments, and how has it turned from a miracle treatment meant only for celebrities and the elite to a general beauty treatment for https://skinlyaesthetics.com/botox-nyc/you, your mother, and your next-door neighbors?

Botox is a minimally invasive cosmetic treatment that was originally designed to treat eye muscle disorders. It was later FDA-approved as a cosmetic procedure to eliminate fine lines and wrinkles. Botox works by paralyzing the muscle in which it is injected, restricting the muscle contractions that typically cause lines and wrinkles. Popular treatment areas for Botox in the face include the horizontal lines on the forehead, the glabellar region (also called 11s or frown lines) between the eyebrows, and the crow’s feet (fine lines around your eyes formed by squinting and smiling expressions). You can get more information on cosmetic uses of Botox by visiting various blogging and review forums.

While Botox is most commonly known for its anti-wrinkling effects, it is also used in other areas of the face for purposes unrelated to wrinkles. When Botox is injected into the masseters, which are the muscles around your jaw area, it can not only treat TMJ but will have a slimming effect on the lower face as the muscles relax and decrease in size. Botox is also commonly injected above the upper lip, which is called a “lip flip,” as the Botox causes the upper lip to flip upward slightly, creating plumper appearing upper lip. Botox can also treat a “gummy smile,” which occurs when someone smiles and their gums and teeth are completely exposed if injected into a different muscle around the lip. Some people also get Botox injections above their eyebrows for a non-surgical eyebrow lift as the Botox can create a lifting effect in some.

Botox isn’t only used to treat already existing wrinkles and problem areas. In fact, you would be surprised how many patients in their early twenties get Botox injections, even if they are wrinkle-free, and this is why: Botox is preventative. If you don’t have any wrinkles, but can form them with facial expressions, such as raising your eyebrows, frowning, and squinting, then you will more likely than not develop more permanent wrinkles in those areas over time. As mentioned above, Botox works by restricting muscle contractions in the muscles in which it is injected. This means that if you get Botox injected in the areas where you can form lines while making facial expressions, the lines will not form in the first place. For this reason, Botox is also used as a preventative measure to avoid the formation of wrinkles. You can click here for more info on the preventative use of Botox.

The fact that Botox can be used preventatively has made it grow significantly in popularity. It is a treatment used for people who are already showing signs of aging and those who want to prevent the appearance of signs of aging. Botox is absolutely one of the most common procedures in a city where physical appearance can make or break your career. Botox can also be combined with other treatments such as dermal fillers to replace lost volume in the face, under the eyes, and cheeks, or add volume, definition, and prominence in areas such as the lips, jawline, etc. nose.

Minimally invasive cosmetic procedures have generally grown in popularity as the permanence and invasiveness of surgical procedures can be a turnoff for many. With the increase in scientific development in cosmetic medicine and dermatology, facial and body enhancements that were once only achievable through invasive cosmetic procedures can now be achieved through minimally invasive procedures offered at medical spas near you. Be sure to research the best medical spa in your area to get satisfactory results.

5 Career Ideas for Moms of Many

3 Ways to Care for the Delicate Skin Around Your Eyes

Risks Associated with Your Paragard IUD Moving Out of Place