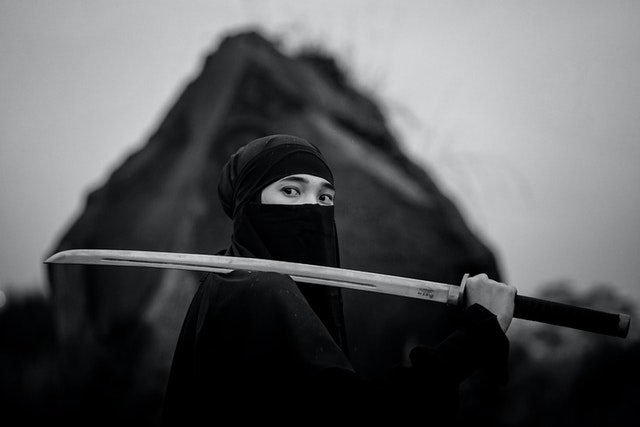 The Japanese sword has been a remarkable weapon throughout history as it was utilized on the battleground. This weapon continued to evolve depending on the battle tactics and historical events. The Samurai used swords as weapons, so they cared a lot about the quality of their blades. Samurai swords were highly respected and valued, so they never used them for ordinary activities. Today, these swords are considered works of art, though some still use them to practice Japanese martial arts. This article discusses the key features of a Japanese sword.

Characteristics of a Japanese sword

The Japanese Swords are regarded as the finest swords ever made, especially considering their composition, structure, and metallurgy. The sword-making methods in Japan were perfected over several years, so each sword tends to be unique. You need to know the characteristics of a Japanese sword to understand why it stands out on the market.

The type of steel that they use to make a Japanese sword makes it unique. Steel is usually a combination of carbon and iron, but Japanese steel is called tamahagane, which is high-carbon steel. It’s produced from traditional Japanese furnaces or smelters known as Tatara, utilizing iron ore and charcoal. The tamahagane is tough and gives the required qualities of Japanese swords.

Besides the steel quality, these swords have complex structures to make them effective weapons. A Japanese sword has clay-tempered blades and is hand forged. They have soft spines and hardened edges so that they can be both hard and flexible.

The sword has high carbon steel on the blade’s surface, but the center has soft steel known as shingane, which works as a shock absorber. Therefore, it’s hard for the sword to break from extreme blows. Also, the sword’s cutting edge has steel that is harder than the entire body to give it a superior cutting ability. You should note that the hard steel on the edge is usually called the ha, while the soft steel you can find in the edge area is known as ji.

A Japanese sword also stands out because of its blade curvature. The curvature makes this sword battle-ready and a good slashing weapon. You can measure the curvature of the blade by drawing an imaginary straight line from the tip of the Japanese sword to the base of the sword’s unsharpened back. Hence, the depth of curvature of the blade, called the sori, is the distance between the base on its deepest point and the imaginary straight line.

The sword tip design can also vary, depending on the swordsmith and the historical period. In most cases, a Japanese sword can have a small point, a large point, or an average-sized point.

The sharpened cutting edge’s shape in the pointed area of the Japanese sword can also vary. If the shape is relatively straight, then it’s called fukura kareru. However, the very full and round shape is called the fukura stuku.

You can decide to buy any piece of metal that is shaped like a sword, but it gives a unique experience of holding an authentic Japanese sword. Remember that examining a Japanese sword happens to be an activity that needs some practice. You can examine a Japanese sword by checking just the blade itself. A Japanese sword has some aesthetic features, including the jigane, which is the surface steel’s appearance. There is also the grain pattern of the steel called the jihada and the patterned band that runs along the sword’s edge known as the Hamon.

Traditionally, Japanese steel is not bright or reflective, so you can see the steel’s color, which is darker than modern steel. You can examine the surface and color of the steel by having a good light source that you need to put above to see the flat part of the blade. You can see the difference between the whitish steel color on the edge and the grayish steel color on the blade’s side.

The steel surface has a unique grain texture and pattern known as hada or jihada, derived from the steel’s repeated folding and forging. Depending on the forging technique used, you can find various variations of these textures or patterns. Hence, the jihada can vary from one Japanese sword to another, and it shows the level of skills of the swordsmith.

For example, the straight grain, also called masame hada, has a series of straight lines on the blade’s length. On the other hand, the wood pattern gram, also called mokume hada, features irregular concentric swirls and circles. The term moku means wood or tree, and me means pattern. There is also the plank pattern grain known as itame hada. This combines mokume hada and masame because they mix circular and straight motifs.

Another notable pattern that Japanese swords have is an undulating wave grain called ayasugi hada. This has extremely wavy lines. There is also a nashi-ji hada with very fine patterns that are hard to see.

A Japanese sword is a work of art that features its Hamon, the visible pattern that runs along the sword’s edge. This can be created after hardening or clay tempering the cutting edge of the sword while keeping the sword’s body relatively soft. You should note that the Hamon is usually associated with the fingerprint of the swordsmith because it involves a lot of experience and training to create the desired pattern.

What Is Angular and How to Work with It

Why Outsourcing SEO Services Is Much Better Than In-House

Apex Legends: Tips and Tricks to Win as a Solo