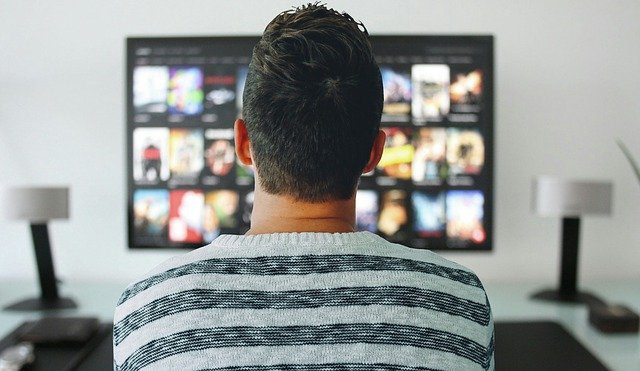 Being an entrepreneur is never easy. It’s hard work risking so much with no surety of returns. One of the earlier goals is simply to break even, so before you look and envy those successful men, remember that they put in a lot of hard work to get to where they are. The road to building a business is never an easy one as the path is fraught with personal pressure and external pressures. You can read up on tons of books for tips for the entrepreneur, but there is nothing like learning from hardcore experience.

Even so, there is a lot you can learn from shows or at the very least gain some insight about what it means to become an entrepreneur. Consequently, we have compiled a list of the best movies to watch if you are an entrepreneur:

This biopic, directed by Danny Boyle and made with the help of screenwriter Aaron Sorkin provides interesting insight into Steve Jobs’ obsessive and micro-managing oriented personality. It seems he was a perfectionist to the point that it became more of a flaw. Whatever we may think of him, though, there is one thing we need to acknowledge: that is that Steve Jobs has most certainly changed our lives with Apple products.

The movie is refreshing as it breaks from the typical narrative that follows the life of Steve Jobs from his earlier years to his death. Instead, we see three crucial moments in Jobs’ life that focus on three product launches: the Macintosh launch in 1984, the NeXT computer launch (after Jobs left Apple) and Jobs’ return to Apple marked by the launch of the iMac. The film’s cast doesn’t disappoint either as Michael Fassbender may not look the most like Steve Jobs, but he sure does an excellent job of playing a difficult and complex character. Additionally, Kate Winslet plays the role of head marketer Joanna Hoffman, who remained loyal to Steve Jobs despite his “freaking out” and difficult persona.

Overall, if you’re checking out Select TV and looking for a film that gets straight to the point at showing you what the man whose name is synonymous with Apple was like, then this film is for you.

This movie starring Brad Pitt as the Oakland A’s General Manager, Billy Bean, is more than just a fun treat for baseball fans. In fact, you do not need to be a huge baseball fan to truly get this movie because it is so much more than just a happy tale about a baseball team. The movie provides excellent entrepreneurial lessons in taking risks, going off the beaten path against the wishes/advice of others, and making hard decisions.

Billy Bean knows the Oakland A’s are in bad shape, so he tries out the sabermetric approach to produce a team that does extremely well in the Major Baseball League. The sabermetric approach was developed in theory but was untested until Billy Bean decided to take a chance. As an entrepreneur, you too will be taking many such high-stress gambles in life.

This film, directed by Chris Hegedus and Jehane Noujaim, shows how great ideas can fail. The plot is based around the partners and school friends Tom Herman and Kaleil Isaza Tuzman, who founded GovWorks, which shows how the greed for money and power can get in the way of old friendships. After all, business is always cutthroat. This documentary also provides insight into the dot-com era that instant internet millionaires marked. Interestingly enough, the film is made better because Jehane Noujaim was Tuzman’s Harvard roommate, which gave her a more nuanced perspective on the whole matter.

The name of this film might catch you off guard and seem rather odd, but this satirical film based on the book by Christopher Buckley is going to teach you that anything, and I mean anything, can be defended and marketed if you are convincing enough. This is most definitely an important lesson because you might have a product better than your competitors, but if you do not market it effectively, it all goes to waste.

Anyway, back to the plot of this movie. Thank You For Smoking follows the story of Nick Naylor, played by Aaron Eckhart. He is a lobbyist for Big Tobacco trying to defend the tobacco industry when a senator spearheads an anti-smoking campaign. As if things were not hard enough, Nick must also balance being a good role model for his son while defending the tobacco industry.

This documentary offers a refreshing perspective as Warren Buffet remains one of the few self-made billionaires who still has a simple heart as he stops by McDonald’s for a cheap breakfast. The great man that we know of today was not always rich. He started as a young boy full of ambition and with an excellent knack for numbers. Buffet worked hard starting out selling gum and soda door-to-door as well as delivering 500 newspapers today. Eventually, he would work his way up as he began buying entire companies, including Coca-Cola.

The documentary is nuanced, though, as it chooses to focus not just on Warren Buffet’s rise to success but also on his personal relationships, which he found much harder to navigate. We get perspectives from his children who admit their father had a hard time emotionally connecting to them as he tended to get lost in his head and caught up in his next best idea.

Nothing can ever fully prepare you to be an entrepreneur. Still, at the very least, if you watch some of these movies, many of which are based on reality- you can learn some valuable lessons about what it means to be an entrepreneur. Take heart in the fact that there are successful people who failed from time to time, faced inner conflicts, and took big risks.

5 Reasons Why Instagram Marketing Is Important for Your Brand