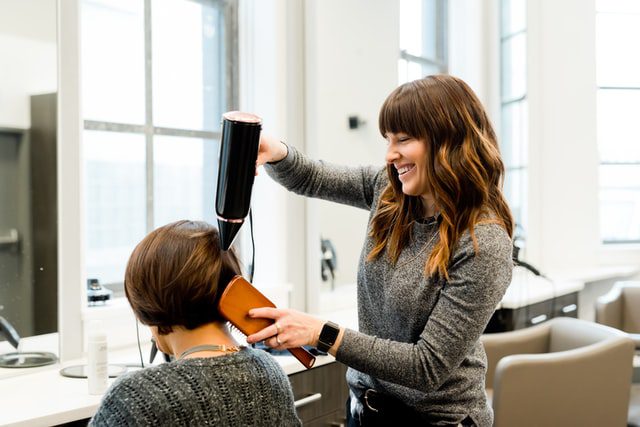 Photo by Adam Winger on Unsplash

Hair loss is a problem that millions of men face every day, but it doesn’t have to be. There are many treatments for hair loss ranging from topical solutions, oral medications, and even surgeries. However, before spending thousands of dollars on hair replacement surgery, consider a topical solution for the least expensive and least invasive option first.

What is Male and Female Pattern Hair Loss?

Male and female pattern hair loss (MPB) is the most common form of hair loss affecting men and women. In both sexes, gene inheritance and male sex hormones called androgens play a part in the condition.

The leading cause of hair loss is due to DHT (dihydrotestosterone) hormone binding to receptors on hair follicles which over time can damage them. This leads to thinning hair around the temples and hairline which progresses to the crown.

Male pattern hair loss can affect people of any age but typically affects men genetically predisposed to hair thinning. Suppose you have a male relative such as a father, grandfather, or brother that has experienced significant visible baldness. In that case, you will likely experience MPB later in life too.

What Can Be Done to Treat Hair Loss?

There are many options for hair loss treatment to restore hair to its former volume and thickness. The three conventional solutions available include topical medications, oral prescriptions, and laser treatments.

The two most common topical options are Finasteride (Propecia®) and Minoxidil (Rogaine®). These drugs work differently. However, they both have been shown to slow or halt hair loss significantly with continued use.

What is Finasteride (Propecia®)?

Finasteride was initially developed to treat benign prostatic hyperplasia (BPH). Men who took Finasteride experienced hair growth in the crown resulting in the name “Propecia®.” The FDA approved Finasteride for the treatment of MPB in 1997.

How does Finasteride work?

Finasteride inhibits 5-alpha reductase, which prevents testosterone from converting into DHT. Doing this reduces the amount of DHT in the prostate and scalp, thus slowing or halting hair loss. You have to take it daily to maintain the effects.

What are the side effects of Finasteride?

The most common side effect of Finasteride is a decrease in sex drive. Other side effects include mood changes, breast tenderness, swelling of breasts, and decreased ejaculate volume. Finasteride is not recommended for pregnant women or women planning on becoming pregnant.

What is Minoxidil (Rogaine®)?

Minoxidil was FDA approved in 1987 to treat high blood pressure resulting in hair growth as a side effect. Until recently, the FDA approved it to be marketed for MPB treatment under the name “Rogaine®.” Minoxidil is a non-selective direct stimulator of all hair follicle growth which results in thicker and faster-growing hairs.

How does Minoxidil work?

Minoxidil stimulates hair follicles by opening potassium channels which allow for faster cell division. This results in longer, thicker, and darker hair which slows or halts the thinning process.

What Are The Side Effects of Minoxidil?

What Are The Differences Between Finasteride (Propecia®) and Minoxidil (Rogaine®)?

While Minoxidil is FDA-approved for hair loss, Finasteride only has the approval to treat enlarged prostate. Despite this, millions of men have used Finasteride for hair loss since 1992. It is important to note that the dosage for Propecia® is much smaller than the 3% solution available in Minoxidil, and if you stop using Propecia®, your hair loss will resume.

The main difference between Propecia® and Rogaine is that you can only buy Rogaine without a prescription, but it may be less effective as the strength is lower. While Propecia® is approved for hair loss treatment, studies show that men with hair loss typically regain 60% of lost hair after three years compared to those who use Rogaine.

Which One Should You Use?

Both medications are effective in slowing the progress of hair loss if used consistently over time. If you wish to see changes within months rather than years, then Propecia® is a better choice since it works faster and at lower doses, but both drugs are equally effective for most users.

If you’re looking to stop or slow hair loss, there are several options available. You can find more information on whether Minoxidil vs. Finasteride could be the right choice for you, consult your doctor and see what they recommend.

Overcoming Body Issues After Having a Baby

The Benefits of a Weighted Blanket for Sleep Disorders