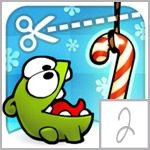 A few weeks ago, Amy from Resourceful Mommy mentioned a project she was working on — a campaign to raise awareness about the United States’ growing national debt. When she shared details of the campaign and invited me to join, my answer was a resounding yes.

You see, this isn’t a political campaign. It’s not about Republicans or Democrats, liberals or conservatives. It’s not a campaign to get you as readers to do anything or take any action. The simple goal is to raise awareness about this growing issue — and growing it is.

Here are a few factoids for you from MomThink.org:

If that doesn’t make you stop and think, watch this video for some more perspective:

What I love most is that the MomThink.org campaign is not aligned with any political ideology. We’re not doing this to tell Congress how to fix the budget. We’re simply raising our voices to let them know that it needs to change. If you were to ask each of the bloggers involved, you would probably receive a dozen different opinions about which programs should be cut, how more money should be raised, etc. There are moms who understand the economy on a deep and intricate level and moms (like me) who don’t know all the ins and outs but can’t bear the thought of our kids shouldering this burden.

In January, we’ll be meeting with government officials and sharing our concerns. We’ll also be sharing information with local and national media as well as throughout blogosphere as we continue to draw attention to this issue.

Be sure to visit MomThink.org for more information. It’s been said that the blogosphere gives each of us a voice, and I’m honored to add my voice to this issue.