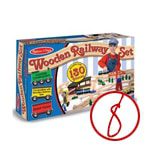 When I made the decision in December (2008) to finally launch Organizing Your Way, which had been a dream of mine for many, many months, I had no idea that I would be facing extreme nausea and exhaustion in January and February. As it turns out, we found out we were expecting a baby just weeks after the official launch, and as my morning sickness increased, so did my need for sleep!

Because I had just launched this blog, a project I was very excited about, I worked hard to continue to provide quality content through the morning sickness, although you’ll definitely see my post counts dip there at the peak of it all. However, I’m the first to admit that I can’t do it all, and the organizing and decluttering around my own house took a backseat.

I learned an important lesson during the past two months – maintaining an organized home means you invest a little bit of time each day, week and month in your system.

Organizing is not a one-time task that you complete and never have to revisit. It’s something that requires maintenance, and the degree to which you’re willing to invest in that maintenance directly correlates to how long your system will last.

What I’ve noticed in our home is despite the fact that we don’t have a lot of disposable income, we seem to be acquiring stuff at an alarming pace, and there is clutter around every corner (some of which is left over from the Christmas season and a December that kicked our butt with several medical issues that needed our attention more than our home did).

All of that to say I don’t necessarily feel like my home is all that organized as I sit here today. And I’ve been okay with that because there have been other things that have needed my time, energy and attention.

But now, as my energy is returning and my nausea seems to be slowly decreasing, the clutter is starting to call my name. I’m having a harder time looking past it as I go about my day, and I’m feeling the urge to start cleaning out every cabinet, closet and crevice of our house to get rid of the unnecessary stuff (which I know sounds a lot like nesting but in this case is actually just a reflection of my type-A personality!).

And because the clutter has been neglected for three months – and not, say, three years – I know that it will only take me a weekend or two of quickly going through each area to get back on top of it all.

How about you? Do you approach organizing as an ongoing task, or have you always thought of it as a one-time event? Does this perspective make sense to you, or does it seem overwhelming?

Mom I Need a Photo of Me in First Grade