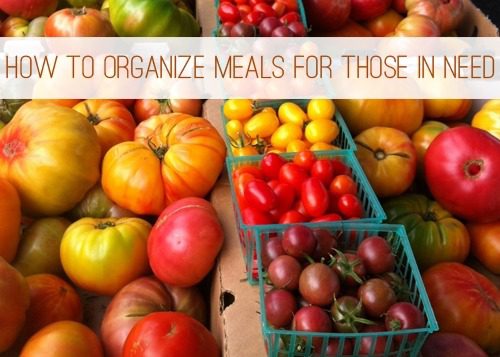 The following post is from Kat of Inspired To Action:

Have you ever thought about why your kids ask “why” so much?

No, it’s not because they are secretly trying to drive you insane.

It’s because it’s one of the most important questions we can ask and even as children they know the power of why.

Often, as parents, we focus more on the “what” and “how” and not enough on the “why”. We tell them to get good grades and how to handle multiplication, but the only thing that will empower them to give it their best is if they understand the “why.”

When our children are off at school or a sleepover it’s not the “what” of our rules or the “how” of our methods that will help them make the right choices. It’s the why.

Why does your family believe what it believes? Why do we say please and thank you? Why do do we have the rules we have?

We must be intentional and have these deeper discussions with our children, even at young ages. We want them to understand and take ownership of everything they do. We want to teach them our why so that they can make it their own.

An Olympic Sized Why

It’s an Olympic Summer. I am happier than a geek in an Apple Store. I simply adore the Olympics. I love the drama, the heart, the stories, the drive, the victory and even the defeat. Each of those athletes are driven to do what no one else can do because of a deep sense of “why.”

One of my favorite Olympic stories is that of Derek Redmond. If you’ve heard me tell his story before, stay tuned, because I’m sharing a different take away today than I usually do.

Derek competed in the 1994 Barcelona Olympics. He ran the 400m race for Britain, and he was a medal favorite. But in a semifinal race as he rounded the first curve, he fell to the ground. He had ripped his hamstring. He collapsed to the ground in pain, grabbing his leg, and watched the other runners fly down the track.

He had lost his “what” – his gold medal dream was gone, it didn’t matter if he finished now. He had lost his “how” – his perfect form, intense speed and powerful strength could do nothing with a torn hamstring.

But he still had his “why” – he had trained his entire life for this moment and he wasn’t about to do anything but leave everything he had on that track.

So he pushed himself up, grimaced in pain and hobbled down the track to the finish line.

When his goals and talents failed him, his “why” is what made him a hero. In fact, Derek’s “why” was so strong that it moved his father to push through the crowd, past security guards and rush onto the track, wrapping his arms around his son as they finished the race together. The crowd rose to it’s feet cheering wildly, not for the winner, but for Derek and the power of his “why”.

If you have time to watch it, here’s the powerful video of Derek Redmond’s triumphant finish:

So the next time you child asks you “why?” …tell them and sow seeds of truth and understanding that they will reap for years to come.

Do your kids ask why a lot? Take time time today to consider and write down the important “why’s” in your family.

87 Ways to Say I Love You This Valentine’s Day