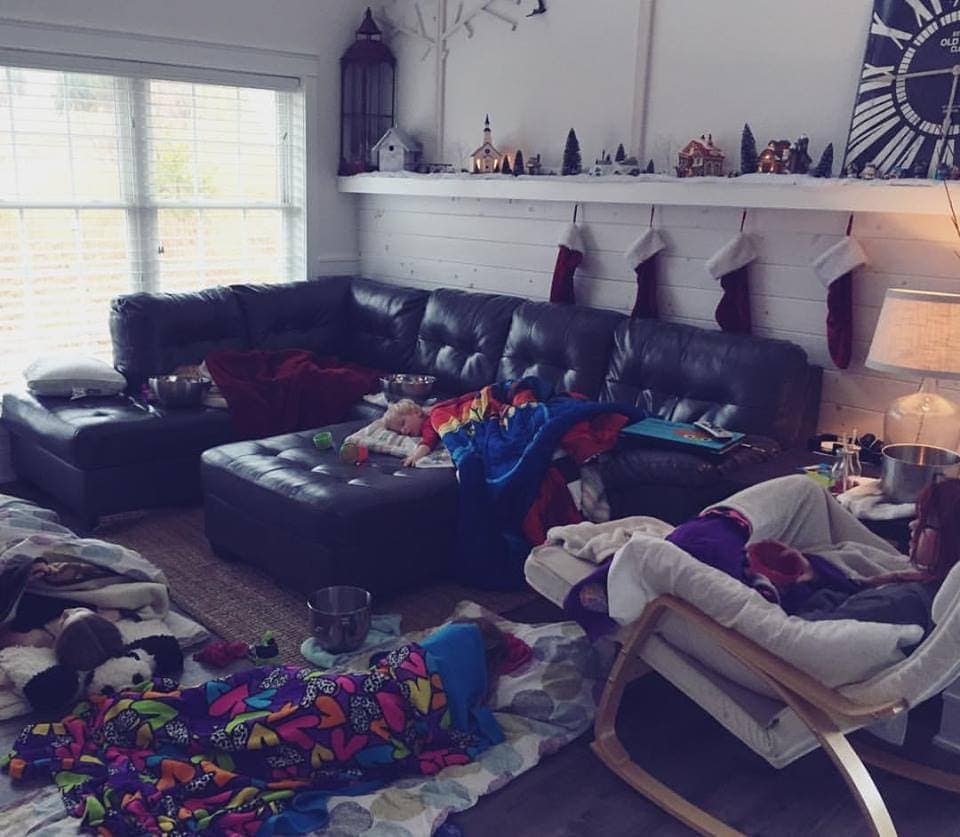 If I believed in that sort of thing, I might just say I jinxed myself by celebrating the success of our new schedule in last week’s post. 🙂

On Monday night, after another great day, our kids went down with the stomach flu: one, two, three, four, five of them all in a row! Sean spent the first half of the night rushing between them as they vomited violently while I nursed and cuddled the baby (who had a completely unrelated cold!), and then we switched and I took the second half. Tuesday was a rough day as everyone continued to feel miserable and unable to keep anything down, but we spent Wednesday mostly recovering…until it hit me Wednesday night. And then Thursday morning we woke up to one-two-three kids vomiting once again! Thursday was another hard day because I felt miserable, the kids felt miserable, and Sean was just plain exhausted, but we thankfully did all sleep Thursday night and wake up feeling much better on Friday.

It was a rough week—one of the toughest of our parenting journey so far—but we survived.

We were not, however, productive!

What I’m reading: Harry Potter and the Order of the Phoenix by J.K. Rowling, The More of Less by Joshua Becker, Full: Food, Jesus, and the Battle for Satisfaction by Asheritah Ciuciu, and Move Your DNA by Katy Bowman

Creating a home you love

P.S. Just for fun: The best part of the inauguration.