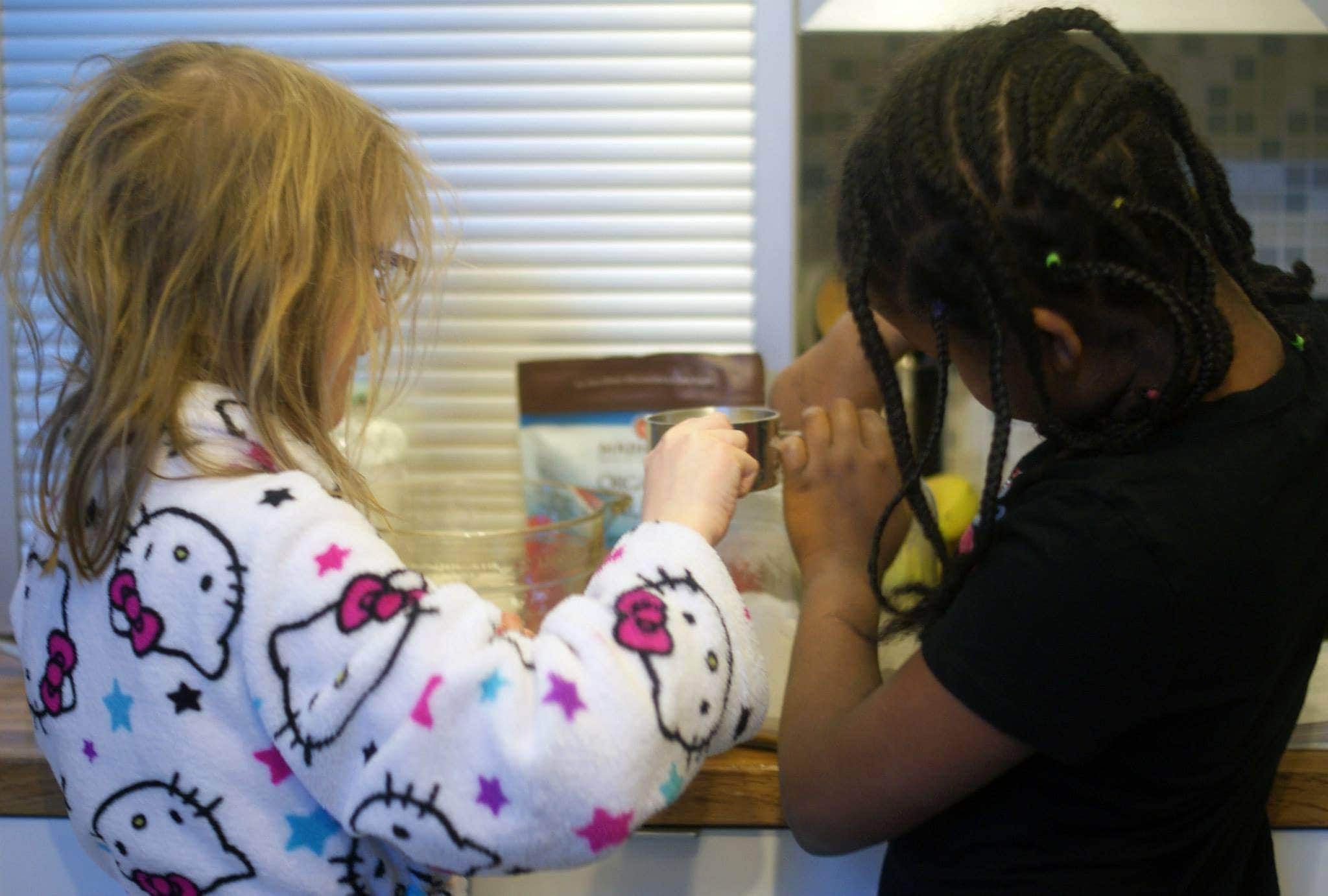 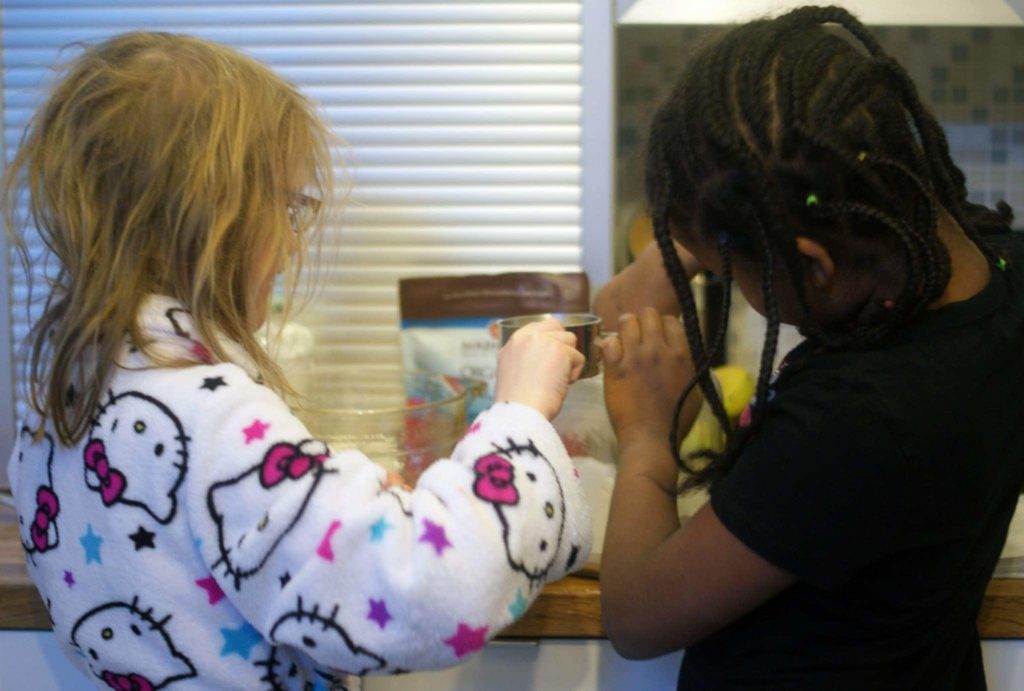 I’ve spent the past month reading everything I could about race relations in the United States—and specifically within our legal system—as well as the opinions of people on both “sides” of the current conversation about black men and the actions of law enforcement officers. I’ve shared some of my thoughts on Facebook but found, more often than not, that my posts were opening the door to comments that I knew were hurting my black friends. And so I stopped posting.

For the past two weeks, I’ve been working on this post, trying to clarify my thoughts to be able to share them but not really sure that I want to wade back into the conversation. In light of the horrific murder of two New York City police officers this weekend—Officers Rafael Ramos and Wenjian Liu—I feel like it’s time to hit publish.

If I could, I would sit down with each of you individually, over a cup of coffee—or tea if you prefer—to have these conversations. That’s really the best place for them to be taking place, as written words can be interpreted in so many different ways and communicating with a computer between us can make the whole thing feel rather impersonal, to the point that it’s easy to forget that the person on the other end of these invisible waves is actually a real live human being with thoughts and feelings and experiences and beliefs of their own.

I can’t do that, but I’ve been mulling over the things I wish I could share in that type of setting and trying to figure out how to do that here.

We’re not in a coffee shop together, but I hope you’ll consider grabbing a hot cup of something and reading my words as if we were.

Imagine us sitting across the table from each other, looking one another in the eye and sharing our hearts.

***
There are a few things you should know about me to start.

The first is that my children are taught respect and love for law enforcement from the time they are tiny, not just because I believe it is a position that inherently deserves respect and honor but also because I am the proud granddaughter of the very first police chief in Morningside, MD, the proud daughter of a retired captain with the Prince George’s County Sheriff’s Office, and the proud future sister-in-law of an amazing, award winning police officer.

In general, I believe that law enforcement officers—like pastors and teachers—should be held to a higher standard based on the responsibilities of their positions. But I also believe that when an officer has to make a decision to shoot or use lethal force, he should be given the benefit of the doubt unless there is evidence suggesting otherwise (like in this case, or this one).

And most importantly, I believe that the men and women who put on the uniform each day deserve our respect, just by the virtue of that uniform. Our law enforcement officers regularly walk into situations you can’t even imagine, and while it’s a career, there’s no doubt that the officers—and their families—are also making sacrifices every day as they serve our communities.

You should also know that my best friend growing up was black, and I fondly remember days of hanging out with his family, walking to school with him and his brother, and spending the better part of 12 years together at a small, close knit private school. One of my closest friends today is biracial, the daughter of a black man and the mother of the sweetest boy I know. And my daughter’s best friend is also black.

I say this not to toot my own horn (because, honestly, I’ve been the lucky one in those relationships), but because it’s become obvious over the last few weeks that the closeness of these relationships has played a huge role in my willingness and ability to empathize with not only those I love but with the black community as a whole.

It’s harder to have empathy for something you don’t experience or understand when it doesn’t even affect the people you love, but that doesn’t mean we shouldn’t keep trying.

I’m sure it’s obvious by now where I want to take this conversation, but it’s not Michael Brown or Eric Garner I want to talk about. While the deaths of those men have sparked this conversation and ignited the hurt and anger that’s been lurking beneath the surface, the conversation we need to be having is not about the specific events in these cases. Oh, I know that’s where the media wants us to focus, and I know it seems like arguing the merits of each case will somehow provide all the answers.

But it won’t. The conversation we need to have is much bigger.

It’s about a shared narrative across the black community. One that affects rich and poor families, two parent and single parent families, black men young and old.

It’s the story of how a black man can anticipate being pulled over just based on the neighborhood he’s in, even when he’s obeying all laws. It’s the story of black women being stopped while jogging through the “wrong” neighborhood. It’s one where families teach their black children a long list of rules, not based on honor or respect—which many of them are doing separately—but based on experience and fear. Where white women are asked if they’re okay when they’re seen with a black man. Where black men are more likely than their white neighbors to serve jail time for the same crime.

And this is different than the racism a white person might experience from black people in their neighborhood or school because it’s coming from the top, through the justice and legal system, from people in authority.

***
The conversation over the past month seems to have taken on an “us versus them” tone. If you support the black community and think these conversations are important, you don’t support law enforcement. If you think #blacklivesmatter, you’re somehow minimizing the worth of other lives. And it goes both ways: if you support law enforcement, you must not care about your black brothers and sisters.

I need you to know that supporting our law enforcement officers and empathizing with the black community are not mutually exclusive. Whenever we feel like we have to dismiss an entire group of people in order to support another, we’re contributing to the injustice rather than helping overcome it.

Are police shootings of black men racially motivated? I am not sure that’s a question anyone other than the officers involved in each shooting can answer (and even then, there may be subconscious bias at play). But as long as you are more likely to be stopped or charged with a crime based on the color of your skin, there is a problem.

Are all police officers corrupt, dishonest or racist? No, not by a long shot. Making assumptions about law enforcement officers as a whole based on the actions of a few is as much of an injustice. Perpetuating violence against those officers doesn’t achieve justice or further the conversation; it just widens the divide. Murdering them is an act of cowardice.

But injustice doesn’t end when we turn a blind eye, and while it’s uncomfortable to address it and demand change, that is the only way that change actually happens.

That’s why I have shared the words of those who are more eloquent than I am and who have experienced these things first hand. It’s also why I’m participating with the Cookies for a Cop campaign to let our local officers know that they are respected and appreciated.

I don’t know what the solution or answer is moving forward, but I do know it starts with dialogue and respect.

4 Fantastic Ideas to Help You Plan A Family Vacation Trip