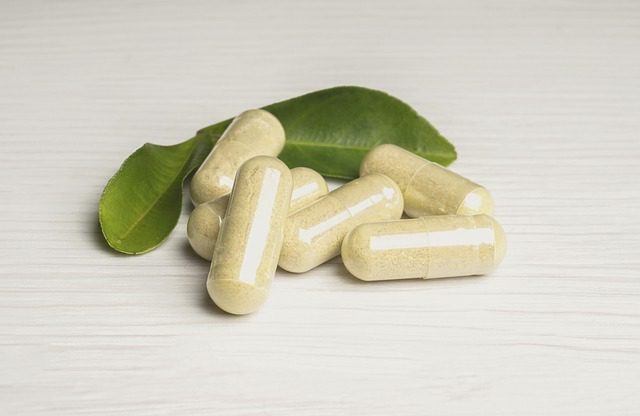 Image by Gergo Jaksa from Pixabay

The dietary supplements sector has become a multi-billion dollar industry. While some of the products on the market may be dubious at best, most of them are essential to good health.

Many people never reach these daily targets and can develop minor to major health problems.

The problem exists because most people are not aware of exactly what vitamins and minerals they consume each day. Many people are also unaware of what they should be consuming.

Take choline, for example. It is probably fair to assume that a large portion of the population will never have heard of it before. Yet, Choline is an essential nutrient that needs to be consumed daily.

To maintain regular health for your body and be able to carry out normal functions, you need certain nutrients.

Choline is one of these and is labeled an essential nutrient.

This nutrient carries out many functions around the body. It helps remove cholesterol from the liver, which prevents build-ups of fat in this area.

Choline also produces a crucial neurotransmitter. This is called acetylcholine. This helps the nervous system to remain healthy and function normally.

Areas such as memory, normal heartbeat, and muscles are also affected by choline.

The Harvard School of Public Health reports that healthy men and women over 19 should consume 550mg and 425mg daily, respectively. Without this, your body will not function as effectively as it should.

Why do you need choline?

Apart from the areas listed above, one main reason to consume choline is that the body is unable to produce it.

The liver can produce some choline, but it cannot produce a sufficient amount each day.

Therefore it is recommended that people consume foods high in choline or consider taking supplements. Many practitioners, such as rawpowders.co.uk/choline, stock these types of dietary supplements.

If you have a low in choline diet, you could be headed for some serious health problems.

Why would your diet be deficient in choline?

At least one study has revealed that the majority of men and women are not consuming enough choline.

One of the reasons for this is that high in choline foods are not eaten as much today.

Health concerns have pushed some people away from red meat, liver, kidneys, and even egg yolks. The rise in vegetarianism and veganism will also have had some effect.

Food high in choline includes beef, organ meats, and egg yolks. So, removing these from the diet leaves a deficiency.

What happens if your diet lacks sufficient choline?

Without choline, there is a possibility of creating liver and muscle damage. Choline can also help regulate mood, so it could help to relieve certain mental health symptoms.

When considering what lifestyle changes are recommended for anxiety and depression, choline should be considered, especially if alcohol is involved.

Choline can protect the liver from alcohol, so supplementing their diet may be vital to their health for anyone who drinks.

Cholesterol can also build up without sufficient choline. This is where some liver damage can occur.

Pregnant women may also need to consume more choline. Intake of choline needs to rise during pregnancy to sustain the health of the mother and the baby.

During pregnancy, it is important to consume choline to avoid certain complications. These can include preeclampsia, underweight babies, and premature birth.

A lack of choline as an essential nutrient can also lead to some neural problems with the child.

Choline helps the baby’s brain to develop properly, as well as their spinal cord.

A health practitioner can advise how much choline should be consumed each day during pregnancy.

Ensuring a sufficient amount of choline is taken during pregnancy could also lead to cognitive benefits in the child later in life.

Are there any side effects to taking choline?

Like all supplements, there can be some side effects if too much is consumed.

According to Medical News Today, too much choline causes some health issues.

Having too little choline in a diet can lead to muscle damage and harm the liver. It can also cause some neurological issues, including dementia and Alzheimer’s.

However, too much can be a concern too. The following symptoms have been noted in patient’s who consume too much choline:

Following advice from a health practitioner, as well as the labeling on any supplements, should help to avoid this.

Considering that many people are not consuming nearly enough choline, it is unlikely that you will experience any of these issues. If you do, consult your doctor immediately.

Should everyone take supplementary choline?

Everyone would obtain all the nutrients needed from a regular balanced diet in an ideal situation. However, diets vary wildly from person to person.

Someone who has recently switched to veganism may find they need to use some dietary supplements, perhaps just in the short term. Changing diets will lead to some health benefits, but it could also mean missing out on certain nutrients.

Fortunately, though, there are plenty of vegetables with high amounts of choline. Broccoli, Brussel sprouts, and cauliflower all contain good levels of choline.

Pregnant women and those who are breastfeeding will need more choline, but this should be done under the advice of a healthcare professional.

If you are deficient in folate, then choline can help to moderate this issue. Also, anyone concerned with the possibility of Alzheimer’s or dementia in later life could take choline supplements.

Drinkers or anyone with the fatty liver disease could benefit from additional choline in their diet.

Anyone with bipolar should avoid choline supplements.

Are dietary supplements safe to take?

Dietary supplements, in general, could help with certain areas of your health.

Choline, an essential nutrient, for instance, can regulate mood, meaning that it doesn’t just aid with physical health, but mental health too.

Amino acids are also good for aiding with some mood disorders.

There are plenty of vitamins and minerals that will actually improve your health, but understanding them is vital.

It may be wise to consult your general physician before you embark on a lifestyle change. Adding dietary supplements should be weighed against other medicines and your current diet.

While taking supplements could improve your health, it is worth considering what areas of your diet you could change too. Relying on supplements instead of a balanced diet may not always be the best choice.

While there are numerous dietary supplements on the market and fad diets seemingly appearing constantly, some nutrients are essential.

You may not need to top up your vitamin C, but you probably need to look at your choline levels.

It is believed that up to 90% of Americans could be choline-deficient. While some of the best choline-rich foods are high in saturated fat, there are healthier options.

If you are struggling to consume the correct amount of choline, consult your doctor on the benefits of supplements so you will not be deficient in this essential nutrient.

My first ever sneeze-free summer

Health Resolutions Men Shouldn’t Miss Out on This New Year

Spotlight – Improving Your Lifestyle with CBD in 2020