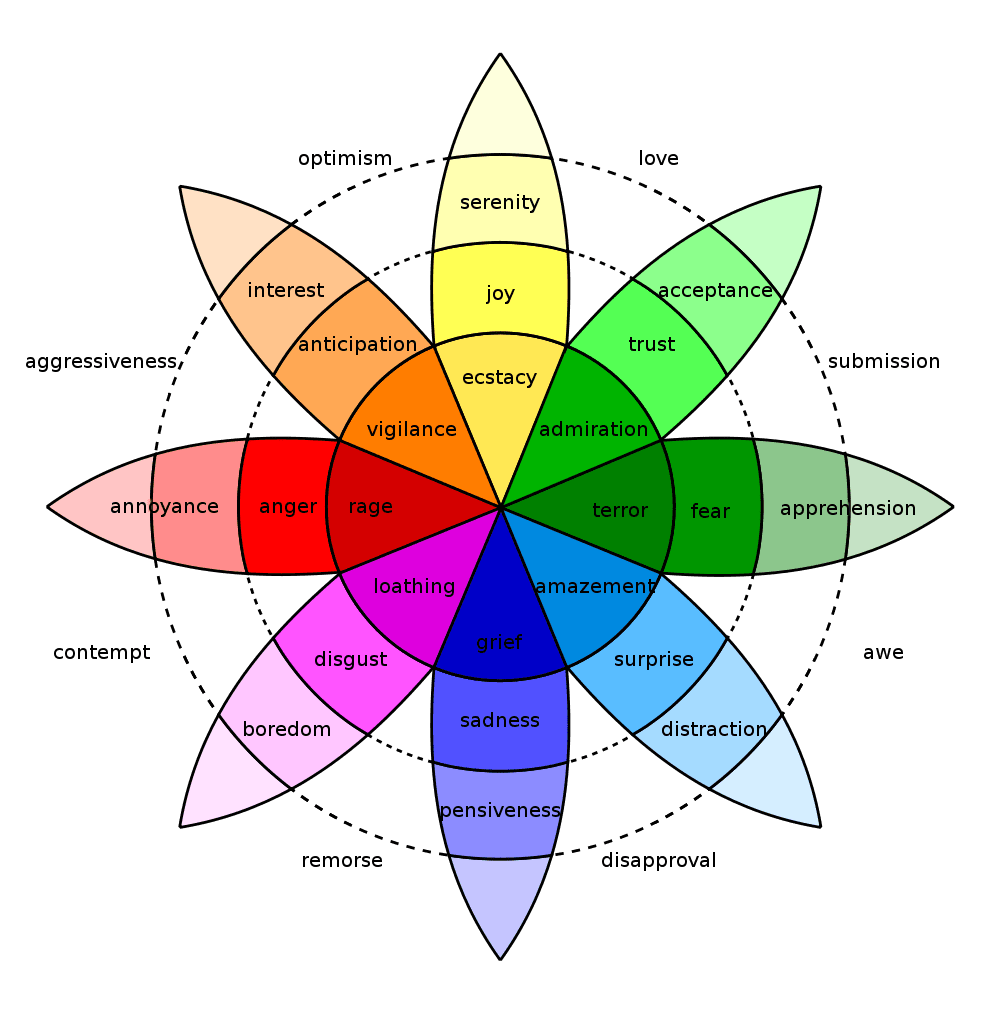 Science defines emotions as a neural impulse that moves an organism to action. To elaborate it further and understand it more clearly, emotion is people’s subconscious way of reacting to different events in their lives autonomously. Since it’s considered to be generated subconsciously, people usually don’t have an idea they have that kind of emotion or that it’s innate in everyone else.

Emotions come along with feelings. Feelings are usually associated with human emotion, which isn’t wrong. But people tend to think that emotion is the same as feelings. Actually, there’s a difference between the two.

Emotions are generated subconsciously while, on the other hand, feelings are subjected to and are induced consciously. Aside from that, feelings are dependent on human emotion. People can have emotions, but that doesn’t necessarily mean they can have feelings; however, one can’t develop feelings without emotions.

With the underlying facts about emotion, people still define the word emotion based on what they can understand and what makes it easier for them to comprehend. Some widely confuse the human emotion spectrum because of how complex and amusing it is at the same time.

Indeed, it’s astonishing to learn how emotions are created or how people let them become conscious. Some are capable of projecting their emotions to others clearly and in a healthy way, but some find it hard to express what they’re feeling and what emotion they’re developing.

This confusion might lead to different outcomes, but usually, it comes in a messy and chaotic situation. This may be because people find their emotions overwhelming or something they have no control over. Living with the unknown inside of you is terrifying, something you have no great knowledge about despite being there all the time from the beginning. Consequently, people would rather hide and suppress their emotions to have peace and tranquility.

In a study in 2019, it was concluded that repressing our emotions can lead to different consequences like depression, anxiety, stress, and even people’s physical health can also be affected. Unfortunately, in this society, many still have difficulty understanding why people can’t comprehend their emotions. Many still stigmatize and look down upon these topics, which might explain why people have difficulty managing and understanding their emotions and prefer to hide what they truly feel.

It may seem scary to some to dig deeper into what they truly feel. Maybe they’re frightened by the thought that they’ll be judged or become an outcast in the group they once considered part of. Good thing, with the advancement that we have in today’s world, there are now new ways how they can seek help comfortably. Different websites such as jacksonhousecares.com and many more are now developed where people can find out more about themselves.

Nonetheless, managing and understanding oneself with utmost confidence is great, but it shouldn’t be judged or laughed at if someone is experiencing the opposite of this. After all, everyone has their struggles to deal with. Consider the following ways to understand and manage your emotions:

When people are having a hard time understanding something, especially when it comes to comprehending themselves, the first thing they usually do is self-reflection. This helps individuals gain more perspective about themselves and what things they might have done to be in their situation.

Also, self-reflection is the willingness to learn more about themselves, which will be the fuel for unlocking self-awareness. Practicing self-reflection might seem hard on some people since this action will include reminiscing about their past behaviors and circumstances. Still, it’s necessary to have some knowledge about yourself, at least.

As mentioned earlier, self-reflection is the key to being self-aware. Having the privilege to understand oneself should be something that everyone should have. Nothing is scarier than being clueless about what they’re feeling or what kind of emotion they should be projecting under different circumstances. It’s like being in a vast place with no one you’re familiar with, helpless and feeling lost.

Through self-reflection, people can at least practice being self-aware. This will help them gain more confidence in what emotions they are dealing with. Aside from that, they won’t just have a proper understanding of their feelings but also know who they really are and what emotions they have.

Allot some time to process what you’re going through. Be keen on the things happening in you and how they affect your day-to-day life. As you do so, you’ll realize what you should be doing or stopping.

2. Learn How To Face The Unknown

Notice that when watching horror movies, people tend to hide or skip the parts where the monsters will flash on their screens. The feeling that it might remain on their minds or give them unnecessary imagination when they’re alone is one of the reasons why some people don’t like watching this kind of genre. They don’t like the icky feeling that might stick around them—they don’t like facing the unknown.

It’s understandable to be cautious about these things, especially when people think it’ll cost them something. But sometimes, being overly careful and avoiding feeling their emotions might be why people have difficulty understanding theirs. That’s why when a situation occurs. People think they’ll feel something new or something they’ve never known of; they tend to hide and dismiss it, thus the feeling of being confused.

This will persist, and after the unending game of avoiding emotions, they’ll start to feel like they don’t know how to express themselves without feeling uncomfortable. Welcoming and acknowledging new emotions might be appalling, but this is one of the ways to broaden one’s spectrum in understanding themselves even more.

When people have a great hold on their emotions and are ready to face new things thrown at them, they become more comfortable going out of their comfort zone. Imagine those emotions are like a sea—it’s wide and, at the same time, deep. The further people try to swim deeper, the darker and more unfamiliar the place is. It sounds terrifying, but the deeper people swim, the more understanding they will have once they reach the surface again.

Don’t be afraid to face uncertainty. Take it one step at a time and process it at your own pace.

3. Go Out And Explore

Going to places or taking a walk once in a while will help people’s minds to breathe and take a pause on everything that’s happening. Managing one’s emotions can sometimes be overwhelming, leading to a whole different situation when people push themselves when they can’t anymore.

A study done in 2021 stated that walking helps boost people’s moods because, according to a more scientific explanation, walking increases blood flow and blood circulation to the brain and body. It’s not only beneficial physically but also mentally. Aside from that, going out will let the person observe people around them, and the scenery might help calm their minds and find tranquility again.

Aside from that, being exposed to places won’t just broaden their outlooks on life but will also help them become calmer in making decisions and analyzing their emotions. When it feels like you can’t handle or control your emotions anymore, it’s important to know how to walk away for a minute. This isn’t because you’re scared of confrontation but because you know better than to engage in a situation where your emotions are everywhere. It won’t solve anything; instead, it’ll worsen things.

It’s okay to admit that you have difficulty managing your emotions. What’s important is you don’t project it onto other people. There are healthier ways to express their emotions without hurting the people around them, like exercising, exploring, doing sports, or any activities that can help them take out their emotional baggage.

Understanding and managing your emotions is one thing, but being able to use and healthily project them should also be part of your priority. In this way, you’d still bring a positive influence on the people around you.

4. Aim To Have Healthy Relationships

Keeping relationships with other people healthy is vital in managing one’s emotions. The kind of people you surround yourself with will be one of the factors that’ll significantly affect your emotions. Thus, it’s essential to keep them healthy and something you can seek comfort in when things go wrong.

Your relationship with your friends, family, or even your significant other should be something you can consider home. Since they’re essential to your life, it’s only natural for you to feel vulnerable around them. This signifies that you trust them, and they value you greatly. And since you’re vulnerable to them, that also means they can affect your emotions more than anyone else.

It might sound scary, but remember that those people are your people. Managing your emotions will be complicated if you’re engaging yourself with toxic people. It’ll be chaotic and messy. Strong affiliated emotions like anger, resentment, rage, revenge, and the like will soon consume you if the people you associate with are people who only know how to hurt and manipulate you.

As cliche as it may sound, people need to learn how to cut off these toxic relationships in their lives. Protecting their peace should be their topmost priority. Managing emotions would be much easier if the people around you were willing to defend yours. People should never stay in a relationship where it only costs their peace. Emotions are vulnerable too. They’re easily affected and provoked; that’s why it should be taken care of by surrounding yourself with kind and grateful people.

Asking for help to maintain our mental and emotional well-being should be more appreciated and considered brave for a person to do. Because these topics are usually stigmatized by society, people suffering are now scared to seek help. It’s brave of them to finally acknowledge that their emotions are something they can’t handle alone anymore, and that’s okay.

Managing and understanding human emotions vary depending on what kind of person you are. People have different circumstances, so they have unique ways of dealing with their problems. Seeking help from a professional is something they shouldn’t be ashamed of. In fact, they should be proud of themselves because they’re willing to be taught and be better for themselves.

A study by WHO in 2019 stated that almost 30-80% of people suffering from mental and emotional health issues don’t seek treatment from professionals because it’s stigmatized and they think they don’t need it. As alarming as it is, their refusal to seek treatment was mainly because of the society they live in. This shouldn’t be an issue in the first place since people’s emotional capacity and well-being should be treated with the same importance as people’s physical health.

Not all people can accept that they lack something about themselves, and not all dilemmas they’re experiencing should be dealt with alone. As mentioned earlier, emotions are complex. It shouldn’t be taken for granted nor be ignored. Emotions can control a person, how they think and how they should act. Being unable to control them can lead to chaotic situations, affecting you and the people around you. Hence, if you think you can’t process it on your own, consider seeking professional help.

Human emotion is an eternal discovery. It’s different from one another, and the way we feel about how to enact our emotions with the people around us also differs depending on the person. People shouldn’t compare their emotions and how they handle theirs to another person because that’s not how it works. Instead, people should be mindful and sensitive about how they treat and talk with everyone. Managing and understanding emotions is a lot more tedious than it looks. It involves almost all of the person’s well-being, especially mental health. That’s why people should remember to be kind because everyone has their own baggage to deal with.

6 Ways You Should Be Using Glycerin at Home

Here’s What You Need to Know About Vertigo