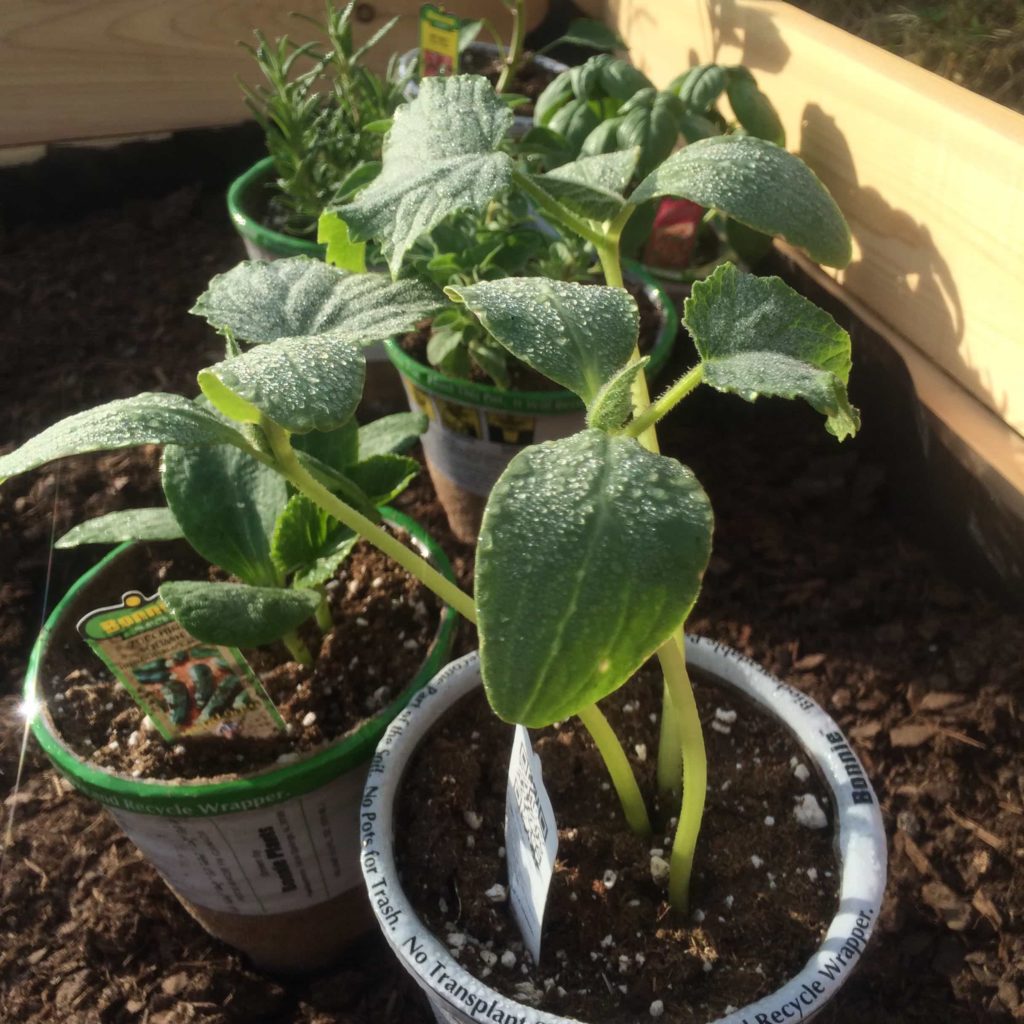 When people talk about the joy of digging their fingers in the dirt, caring for plants, of harvesting food from their own land, I know exactly what they’re talking about.

Well, at least to a small degree. I love planting and caring for plants, and there really is nothing better than picking a cherry tomato off the vine and popping it into your mouth.

The problem is that each attempt I’ve made at gardening has been met with complete failure, and I find it so discouraging to invest so much time and money into something that just doesn’t seem to work for me.

I’ve realized recently that part of the problem is my personality. It’s the same problem I have with cooking: I read every line of the directions and analyze each word, overthinking the process and overcompensating when things don’t seem like they’re going the way they should be.

(This was best illustrated one day when our daughter used way too much oil in her brownies. After trying to figure out the ratio of dry ingredients to wet, I told her to throw the whole thing away and that we’d try again later. My husband jumped in, grabbed a few measuring cups of flour and sugar without really worrying about the measurements, and somehow managed to salvage the brownies!)

There’s a site called Cooking for Engineers that helped me realize this about myself. With time and practice, I’ve learned to overcome it to some degree, to the point where I feel comfortable in the kitchen and can adjust as needed without completely ruining a recipe.

I joked with a friend the other day that I need a site called Gardening for Engineers. The problem is that when one thing starts to go wrong in my garden, I consider all of the possible causes, and I want to overcompensate by addressing them all. (Or burning the whole thing to the ground.) 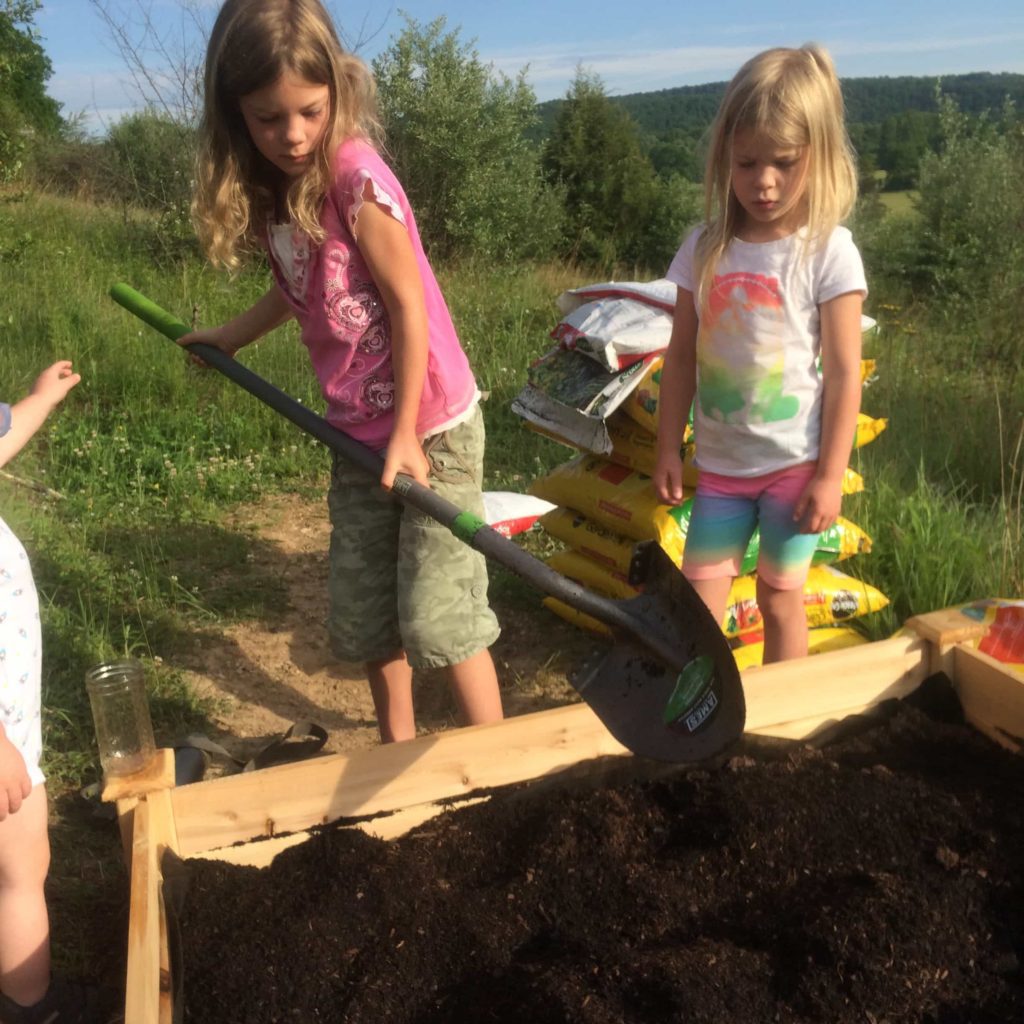 This year—because my girls have been begging for a garden of their own because I can attribute our oldest’s love of veggies to the big bags of produce that our neighbors used to bring us, and because I always get an itch to garden when I’m pregnant—I decided we would try once again, taking a laid back approach and not overthinking each aspect. (Or, you know, trying not to…)

I got a huge list of suggestions from Facebook on easy plants to grow, and after talking through the possibilities with Shaina, I decided to do a small 4×4 raised bed square foot garden with these plants:

To kick things off, we bought tons bags of garden soil because I was already starting to stress out too much reading about pH levels and the best type of soil for each plant…and then we realized we needed to mix it with topsoil, so back to the store we went. 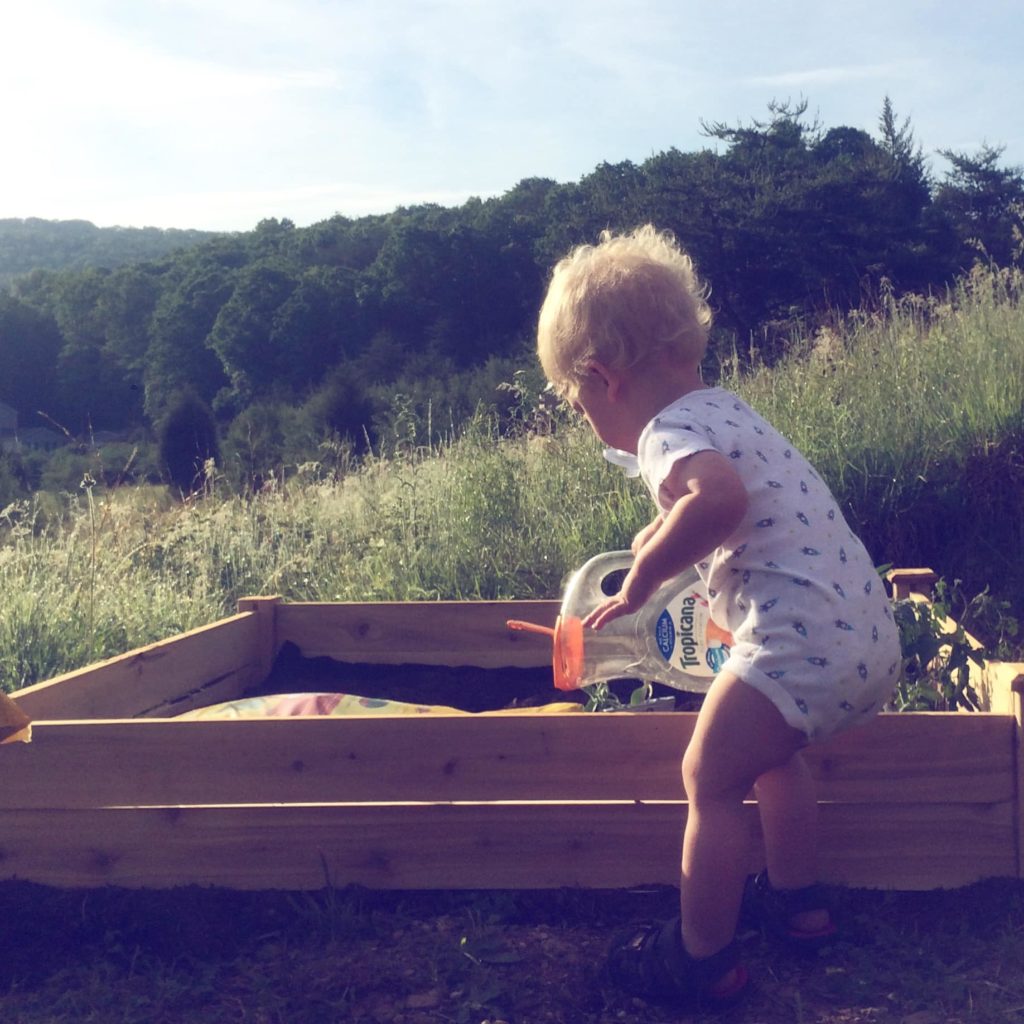 My plan is to let the girls weed and harvest the garden and not worry too much about anything else. I know how easy it is for me to obsess over every spot on every leaf, and I have a feeling I end up doing more harm than good when that happens. I really don’t want to ruin the experience by making it stressful. And, in all seriousness, I’m hoping that one of my girls will just be a natural gardener and be able to take over after this year!

Are you a gardener? Does it come naturally to you, or is it a skill you’ve developed over time?