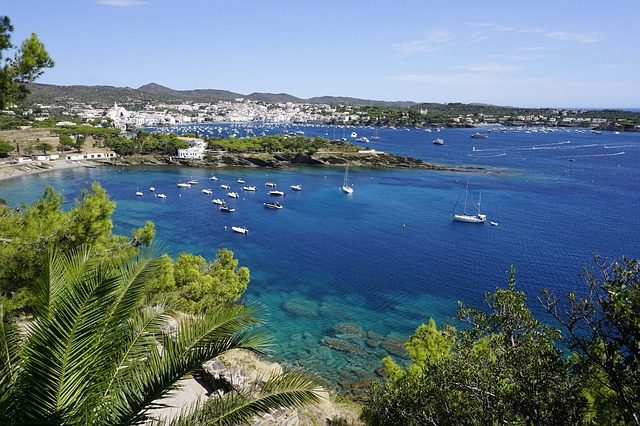 Image by atrelles00 from Pixabay

A new study by travel experts Find A Cheap Flight reveals that Badalona and Salou, two North-Eastern cities located on the coast of the Balearic Sea, have the most searched for beaches in Spain.

Out of the top 10 most searched for beaches in Spain, the top five are on the Balearic Sea coast, in Catalonia, and four are located in Palma on Majorca island.

The idyllic resort town Maspalomas, located in the South of Gran Canaria, is the 10th most searched beach in Spain.

With this in mind, let’s dive into how many searches each beach in the top 10 most searched for beaches in Spain receives on average every month.

What are the most popular beaches in Spain?

The top two beaches, Badalona and Salou, are looked up an average of 40,500 times on search engines. Yet, the top 10 beaches in Spain get an average of 23,910 searches in total. So, on average, Badalona and Salou get looked up 16,590 times more than the total searches for the most looked up beaches in Spain. So if you are planning to do scuba diving here with your friends, make sure to pack a full face scuba mask.

Roses is the third most searched for beach in Spain, with an average of 33,100 monthly searches in total.

Calafell and Platja d’Aro tie for their average 22,200 monthly searches, ranking fourth and fifth for the most looked up beaches in Spain.

The first five most searched for beaches, Badalona, Salou, Roses, Calafell, and Platja d’Aro, are all beautifully lined up in the North-East of Spain, on the Balearic coast.

Alcudia, Formentor, Cala Varques, and Calo Des Moro are the sixth, seventh, eighth, and ninth most searched for beaches in Spain. They are all on Palma Island, so they offer the clearest waters, the sandiest beaches, and the most beautiful views to tourists.

The most searched for beaches in Spain

Why are Spanish beaches so popular?

Spain has the most blue flag beaches in Europe, so it is a popular European travel destination for the summer. Five thousand kilometers of coastline and 566 blue flag beaches leave Brits spoiled for choice for beach holidays in Spain.

Badalona beach is one of Spain’s most popular city beaches, located right on the bank of the Besòs River. Badalona is the third biggest city in Catalonia, and it has a whole history of sports, out of which basketball is renowned.

Yet, Badalona also makes for a beautiful travel destination during the summer. Its beautiful beaches attract many tourists. Badalona beach is most famous for its fine sand, bright blue water, and local bars that welcome visitors on hot summer days.

The golden sand beach and warm water are not the only attraction. The private sailing trip adventures, wine tasting venues, and historic sites will charm you into coming back for more in the following years.

Salou is a town in the Tarragona province, on the Costa Dorada, and it has some of the best beaches in Spain. Salou is prevalent for watersports like windsurfing and sailing and features remote, peaceful coves and tourist beaches. Salou is also known for golf, which attracts many golfers to play on the coast.

Salou beach is renowned for being part of the Golden Coast. The soft sand draws visitors in to spend days sunbathing and swimming through the crystal clear blue sea. Apart from the endless time, you’ll be tempted to spend relaxing on the beach, Salou has attractions and activities for all ages.

PortAventura World attracts many families, as does the other theme park, Aquopolis. The August fiestas, sights, and many sporting events make Salou the perfect summer destination for families looking to combine leisure and fun.

Roses is a popular travel destination on the Costa Brava in Catalonia. Its gorgeous beach lies on the North-Eastern coast, meeting the Balearic Sea. Although it is a tourist hotspot, Roses is also an important fishing port in Spain.

Whether you are endeavoring to explore Girona or looking to kick back on Roses’ beautiful beach, you are in for a great time. The town is lively in parts, especially during carnival season. But, it is also relatively calm in remote areas, leaving those who need their peace and quiet free to relax.

You can see the best of Roses through sailing hires, walking tours and shore excursions. So, whether you prefer to keep your feet on the ground or travel the sea, you can take in the gorgeous views on a trip to Roses. The waterparks, nature, and wildlife, as well as carting facilities, can make for a fantastic day out.

Calafell is a unique small travel destination and has one of the best beaches in Spain. It is a village in the Tarragona province, and its sandy beach is five kilometers long, laid across Costa Dorada.

There are many things to do in Calafell, but the best might just be lounging in the sun. The clear water and soft sand, the beach aqua park, and beach bars make Calafell beach a dreamy summer getaway.

If you want to take part in some evening activities, you are spoiled for choice in Calafell. The miniature golf, adventure park, and cultural heritage are all worth spending time visiting and exploring.

How popular are Spanish beaches compared to other beaches in the UK?

Badalona and Salou receive 40,500 monthly searches on average, while Blackpool Beach and Weymouth Beach only receive 18,100.

How much do hotels cost for Spanish beaches?

A night in a three-star Spanish seaside hotel starts at £54 on average for the towns with the most searched for beaches. The second most searched beach town is, in fact, the most affordable.

However, each location has specific prices, so it would be best if you considered these in advance of booking your plane tickets.

So, let’s look at the top five most searched for hotels, luxury villas Ibiza, and see how much a night in costs for each location.

A three-star hotel in Badalona only costs an average of £59 per night, making it an affordable summer holiday destination.

If you are looking for a hotel room in Salou, expect to only pay £54 on average for a three-star hotel. Salou’s hotels are the most affordable out of the top we have looked at.

In Roses, three-star hotel prices average at £68 per night. Although hotel rates are slightly higher in Roses than in Badalona and Salou, it is a place worth seeing.

If you are looking to rent out a three-star hotel room in Platja d’Aro, you should expect to pay only £65 on average. Like in Calafell, this is a great deal. A five-star hotel would otherwise cost £315 per night on average.

Featured Image by atrelles00 from Pixabay

Make the Most of Your Cuba Trip with This Travel Guide

4 Fantastic Ideas to Help You Plan A Family Vacation Trip